The state police command said the declaration was important as it had summoned the former minister over the allegations but he refused to surrender himself upon invitation. 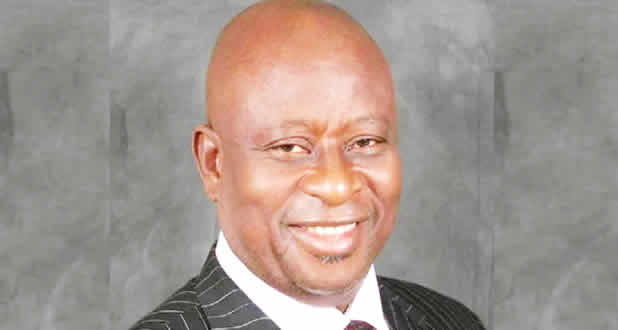 According to The PUNCH, the Delta State Police Command has declared a former Minister of State for Education, Kenneth Gbagi wanted over the alleged assault of some workers at his Signatious Hotel.

The PUNCH had earlier reported that Gbagi, who is the chairman of the hotel, had allegedly ordered that four of his workers – three women and a man – be stripped naked while their nudes were filmed and the snapshots sent online.

The victims had subsequently demanded N1bn compensation and public apology from him for the act.

The state police command said the declaration was important as it had summoned the former minister over the allegations but he refused to surrender himself upon invitation.

This was contained in a statement titled, ‘Delta State Police Command Declare Kenneth Agbagi Wanted’ signed by the Police Public Relations Officer, DSP Onome Onovwakpoyeya and made available to our correspondent on Wednesday in Asaba, the state capital.

The statement read in part, “Olorogun Kenneth Gbagi was invited by the Commissioner of Police through the Area Commander Warri and DPO Ebrumede Division on September 25th, 2020 for questioning concerning the alleged dehumanising manner in which he ordered some of his staff be stripped naked and physically assaulted.

“Kenneth Gbagi personally and severally called and gave the excuse that he has a burial ceremony of his elder sister on Friday 25/9/2020 in which he is a key player, and asked for time to finish with the ceremony on Sunday, thereafter will report at the State Headquarters on Monday, September 28, 2020. These requests were granted on humanitarian ground.

“On Monday, September, 28th2020, Kenneth Gbagi called the Commissioner of Police to say that he has a court case to attend to, promising to report at the Police Headquarters in Asaba by 3:00pm; again he was equally obliged.

“On the same date, the Commissioner of Police had to call him at about 5:00pm before the same Kenneth Gbagi said he was on his way to the State HQ Asaba.

“Sadly and unfortunately, Kenneth Gbagi still failed to report instead he went into the public space to disparage, blackmail and maligned the person of the Commissioner of Police and the Nigeria Police Force, Delta State Command for insisting on investigating him.

“Having failed to honour his promises, Delta state police command is left with no option than to declare Kenneth Gbagi wanted.”

The command urged members of the public with useful information as to his whereabouts to approach the nearest police station.