Vee stated emphatically that she is not going to part ways with Neo because she foresees a good future with him. 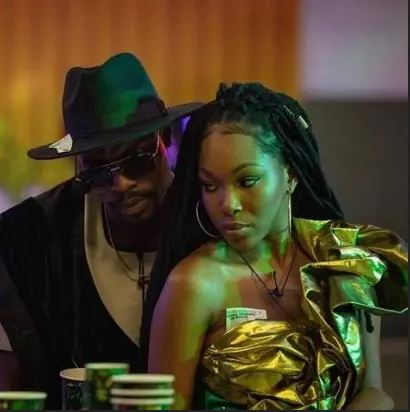 Big Brother NaijaLockdown finalist, Vee has revealed that she sees a good future with her love interest, Neo.

As we all know, the pair became so close right from the second week of the reality TV show, and their friendship/ romance has grown stronger ever since.

After leaving the BBNaija house, they have been sighted together in public and show no signs of slowing down any time soon.

Speaking at a radio interview, Vee commended Neo and the special kind of love he gives her. She stated emphatically that she is not going to part ways with Neo because she foresees a good future with him.

Neo also agreed with her statement.

In other reports, the organizers of the show disclosed that the this years edition received over 900 million votes from viewers before it’s final day on Sunday.

According to the Managing Director of MultiChoice Nigeria, John Ugbe during the live prize presentation today, 30th of September, this season of Big Brother broke records and made history.

He disclosed that the number of votes that was received for the reality show is well over 900 million. Ugbe also promised to release more revelation on how people voted.

'I Need a Real Man to Love Me Genuinely' - Ultimate Love Star, Rosie Confirms End Of Her Relationship With Kachi
Recent Stories