According to Omokri, Buhari should rehabilitate Nigerians by sending SARS to Borno State to face the deadly terrorists who have been terrorising Nigerians. 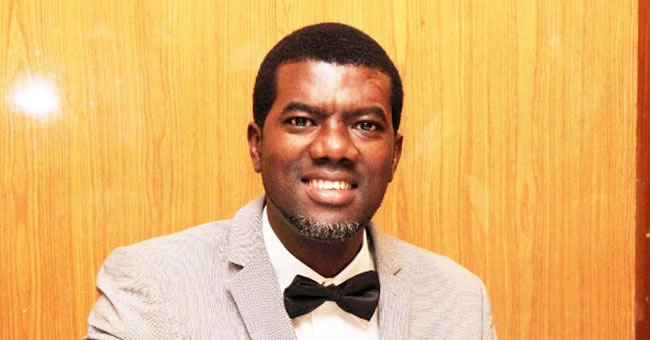 Reno Omokri, a ex-aide to former Nigeria president Goodluck Jonathan has urged President Buhari to send operatives of the Federal Special Anti-Robbery Squad, F-SARS of the Nigeria Police Force to Borno state to help in fighting Boho-haram insurgents rather than "harming innocent Nigerians."

According to Omokri, Buhari should stop 'rehabilitating Boko Haram terrorists' but instead rehabilitate Nigerians by sending SARS to Borno State to face the deadly terrorists who have been terrorising Northern Nigerians for over a decade.

According to Omokri, since "SARS operatives already know how to terrorise," they would be able to fight Boko Haram terrorists.

He tweeted on Sunday afternoon October 4;

“General @MBuhari, stop rehabilitating Boko Haram. Rehabilitate Nigerians by disbanding SARS immediately and sending them to Borno let them TERRORISE the TERRORISTS. Since they already know how to terrorise, they are tailor made for the job of fighting terrorists!" 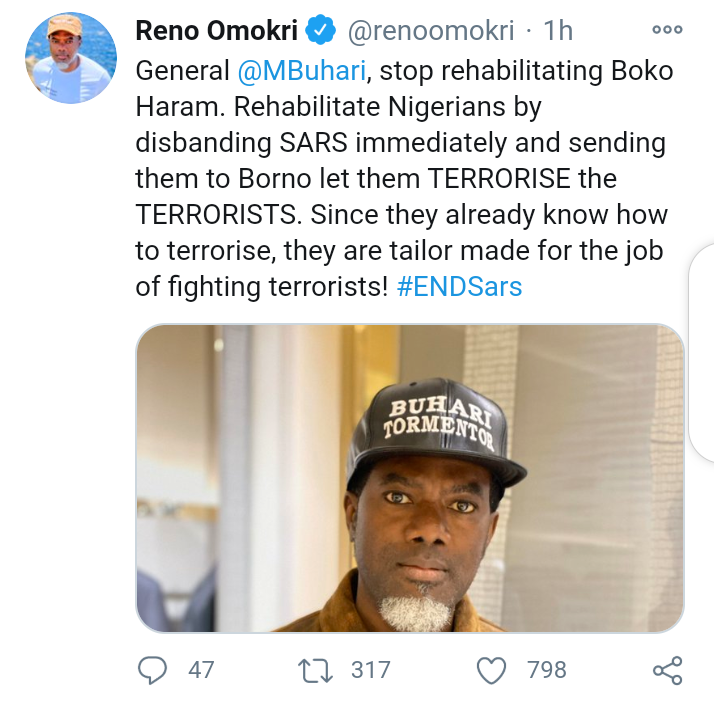