A new directive concerning the activities of the Special Anti-Robbery Squad has been issued by Lagos police commissioner. 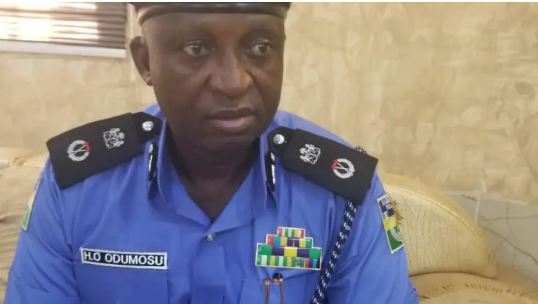 Lagos police commissioner
The Commissioner of police in Lagos, Hakeem Odumosu, has issued a new directive.
He has henceforth banned the Special Anti-Robbery Squad (SARS) unit from detaining suspects in their cells.
Odumosu stated this while appearing on Channels Television’s Sunrise Daily.
The Commissioner directed the officers to only move out on information and notify the Area Commander before carrying out their operations.
According to Odumosu, the operatives attached to the tactical squads of the Command would have to sign an undertaking, in which they commit to professional best practices.
“It is going to be different because there will be more monitoring and supervision.
“The additional directive I gave is that they must not even go to investigate any case without booking their arrival at the Area Commander’s office so that the Area Commander will know that they are in that area doing what they ought to do. Once they finish, they must go back and file entry.
“Secondly, I gave a directive that they must not detain anybody in their cells any longer. They can only detain at my office or at the Area Commander’s office. And the Area Commander must interview any suspect they want to detain and ascertain that the suspect had done what warranted being detained.
“It will be better than what has been obtained because there is more supervision. They gave their words, but I am going a step further because they are all signing undertaking in writing to comply with the directives of the IG and failure to adhere to the rules, the undertaking shall serve as evidence, and they will be dealt with according to extant laws,” Odumosu said.
Top Stories