The protesters accused him of benefitting from the system that has caused Nigerians so much pain. 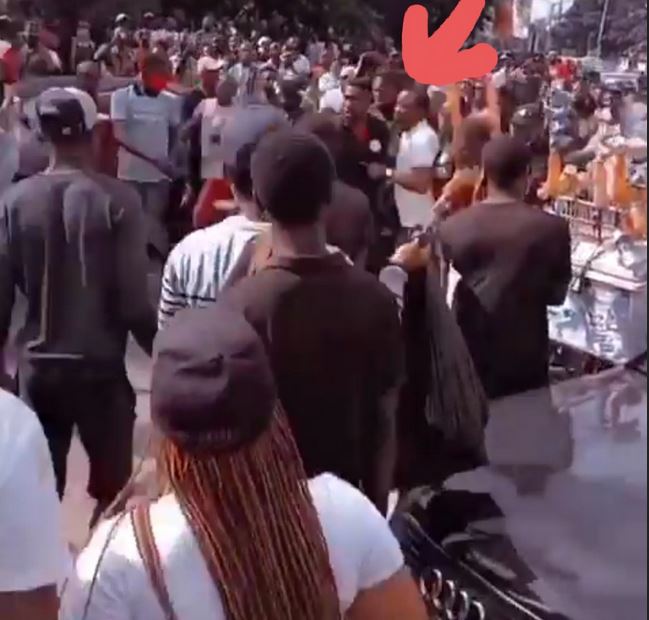 Nigerian Veteran Fuji-Icon, Wasiu Alabi Pasuma was booed and disgraced by angry protesters in Alausa, Ikeja after he decided to join the campaign.

Pasuma was accused of benefitting from the system that has caused Nigerians so much grief.

They booed him before dragging him by his trouser out of the protest ground.

Nigerians are currently protesting against police brutality, toture and extra-judicial killings in the country.

#EndSARS protesters chase Pasuma out of the protest ground in Alausa, Lagos state on Sunday October 18

Pasuma being booed at the #EndSARS protest at Alausa, Lagos state on Sunday, October 18.