The clergyman said the President is supposed to have visited the victims of Lekki tollgate shootings but till now, he is still mute. 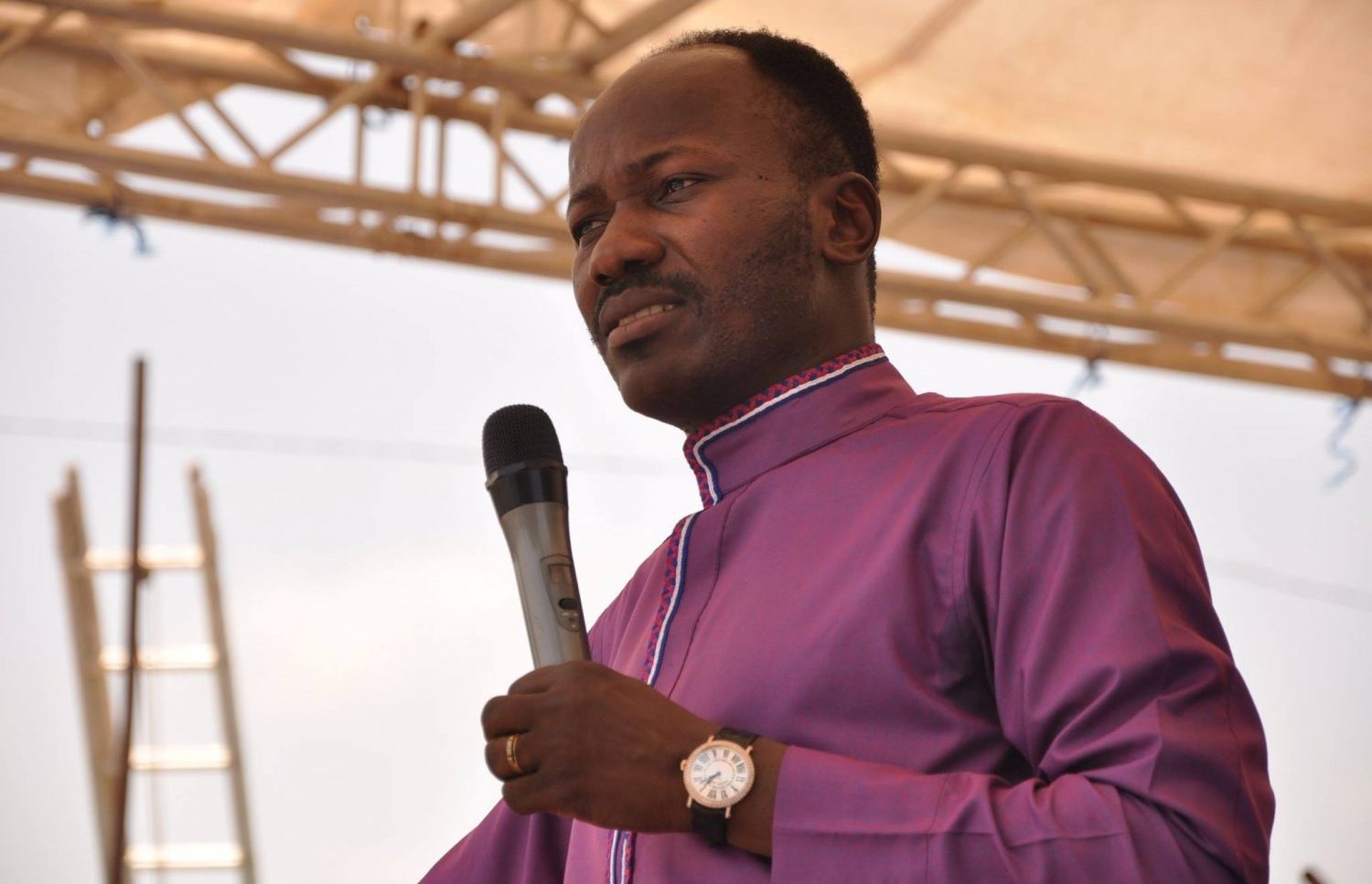 General Overseer of Omega Fire Ministries International, Apostle Johnson Suleman has stated that he can confidently say Nigeria has no President.

Taking to his Twitter handle this morning, the clergy man wrote;

''In same climes,the president by now would had gotten the contacts of the victims families and reached out to them personally. but 48hrs after a black tuesday, President Buhari hasn't even addressed the nation.h e hasn't come out to condemn it. I can confidently say we dont have a president. 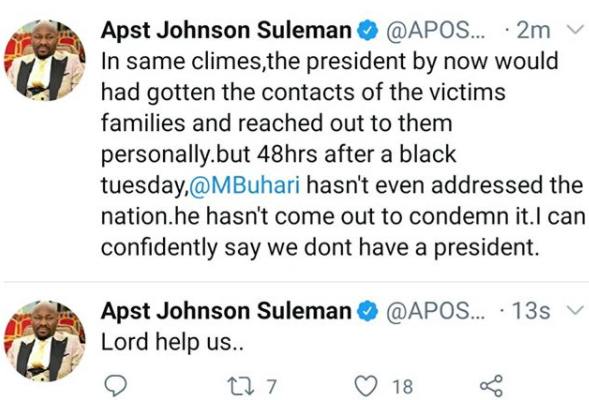