A former minister has called on the government to ensure justice for innocent Nigerians killed by soldiers at Lekki toll gate. 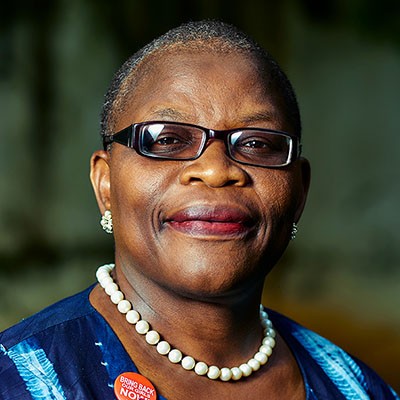 Oby Ezekwesili
Nigeria's President Muhammadu Buhari has been warned that the blood of innocent Nigerians killed by soldiers last week are crying for justice.
Oby Ezekwesili, a former presidential aspirant and minister made this known on her Twitter page on Tuesday.
Recall that some protesters were shot during the End SARS protest at Lekki Toll Gate, Lagos State.
She tweeted: “It is 7 days since that #BlackTuesday of #LekkiTollGateProtest where @HQNigerianArmy shot our unarmed #EndSARS protesters.
“The Blood of the dead citizens is crying for Justice, @MBuhari.”
Her tweet comes after the Governor Babajide Sanwo-Olu of Lagos State yesterday admitted that the Nigerian Army ordered the shooting of End SARS protesters at Lekki Toll Gate last Tuesday.
Speaking to CNN on Monday, Sanwo-Olu said footage available to him shows that the Nigerian Army ordered the shooting.
But, the Nigerian Army had earlier denied the presence of its soldiers at the scene of the incident.
The Nigerian Army also said that viral videos of the shooting were “photoshopped.”
Top Stories