According to him, he raised over N27 million from the sale of three landed properties including where he buried his second daughter to secure the release of his son who was arrested by SARS officials 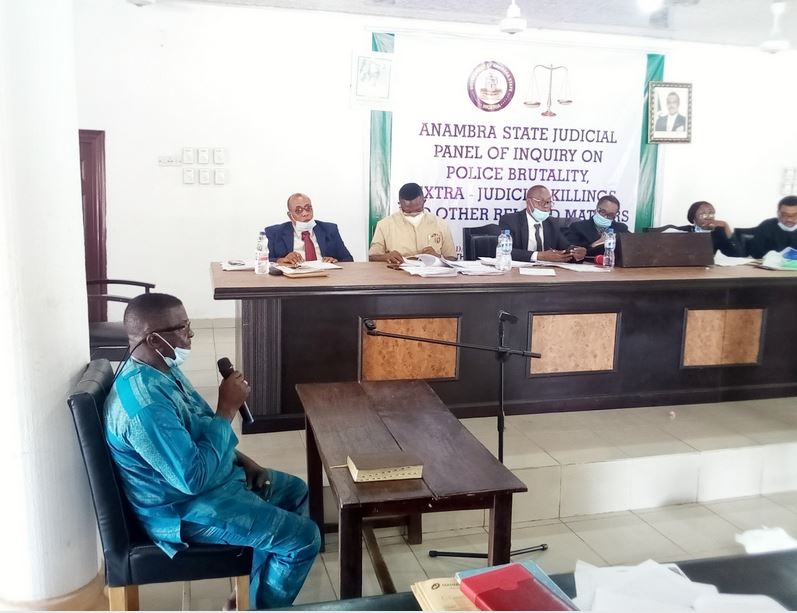 Victims of the recently disbanded Special Anti Robbery Squad (SARS) have continued to reveal to the Judicial Panel of Inquiry set up to investigate the police brutality and extrajudicial killings in the country the injusticed they faced.

One of those who testified before the panel was Emmanuel Iloanya, father of Chijoke Illoanya who was allegedly arrested and  killed by the defunct SARS.

According to him, he raised over N27 million from the sale of three landed properties including where he buried his second daughter to secure the release of his 20-year-old son, Chijioke who was arrested on November 29, 2012.

Iloanya said unknown to him, his son Chijioke was dead but Police officers, human right activists and other intermediaries took his money with a promise to assist him to secure freedom for his son, which they never did.

According to him,  his son Chijioke was arrested at a naming ceremony by policemen from Ajali Division who refused to allow his wife to bail him but later transferred him to SARS facility in Awkuzu the next day.

The devastated father said he was left in shocked when CSP James Nwafor, told him and his wife that his son had been ‘wasted and nothing will happen’.

“At Awkuzu, they denied to have arrested him but on our second visit I saw my son at the SARS gate in chains and handcuffs,” Iloanya said.

“When my wife asked him what he did not say anything but just gesticulated that nothing.

“Suddenly, James Nwafor, the Commander of SARS rushed out of his office and started harassing us, pushing my wife. I went to Bala Nassarawa, the commissioner of police who assured me that my son will not die.”

“The CP summoned Nwafor but he did not answer him, so he said I should wait after Christmas. To my surprise, the CP told me my son died during a gun duel with the police. I said no, that I was here and he (CP) assured me nothing will happen to him.” He said.

He also told the panel how the then SARS Commandant Nwafor told him and his wife that their son Chijioke has been wasted.

“When I saw Nwafor he said ‘ I am sorry to tell you that your son has been wasted, you cannot do anything get out from this office” and my wife collapsed,” Iloanya narrated.

“I sold properties, three properties for N12 million, N8 million and N7 million. All these I spent in the bid to secure the release of my son but they were telling me lies when they knew my son was dead.”

He also revealed that the graveyard where had buried his late daughter two years before the incident was among the properties he sold to secure the release of his son.

“I sold it because of this matter, I sold the land where I buried my second daughter,” said Iloanya who insisted that all he wanted is justice.

“I have spent what this panel can give me, I want justice, let the government bring these policemen here to tell me what my son did,” he said.

Abdul Mahmud, a human rights lawyer who appeared for Emmauel Iloanya told the panel his client had credible evidence against Nwafor including his Tweet where he admitted that he was the commander when Chijioke was murdered.

Mahmud said the panel should summon CSP Nwafor to appear and respond to the allegations against him personally.

Innocent Obi, a Superintendent of Police (SP) who appeared for the police said he needed time to respond to the issues raised and his application was granted by the chairman of the panel, Justice Veronica Umeh.