The suspect was arrested for taking in hoodlums and hailing them for their evil deeds. 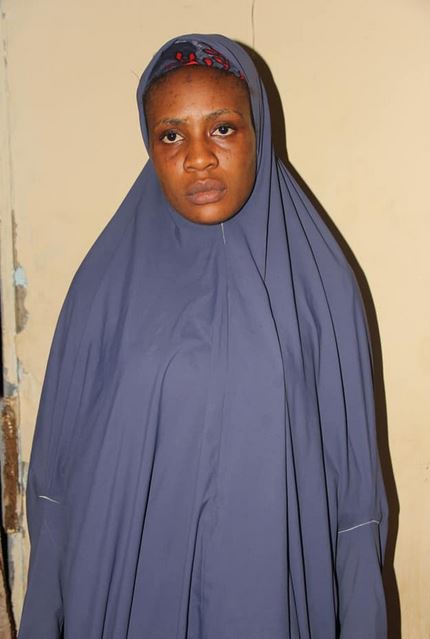 A 28-year-old woman identified as Sadiya Mohammed Yaro has been arrested by the Bauchi State Police Command for allegedly harbouring and supporting suspected bandits.

Spokesperson of the command, DSP Ahmed Mohammad Wakil, who confirmed the development in a statement on Wednesday, November 25, said the suspect was arrested by operatives in the Kofar Dumi area of Bauchi metropolis based on a credible information.

"On the 22/11/2020 at about 2200hrs, the Command operatives attached to Bureau acting on credible information arrested one Sadiya Mohammed Yaro AKA (Sadiya Kaura) ‘f’ aged 28yrs of Kofar Dumi area of Bauchi metro," the statement reads.

"The suspect on several occasion has been harbouring criminals in her residence at Kofar Dumi. Also immediately after an attack on Komiti office in Bauchi metro she made some audio publication hailing the hoodlums and supporting them. Investigation is on-going. After which suspects will be charge to court for prosecution," said Wakil.