A young man has shown his compassionate side after going out of his way to comfort a beggar on his birthday. 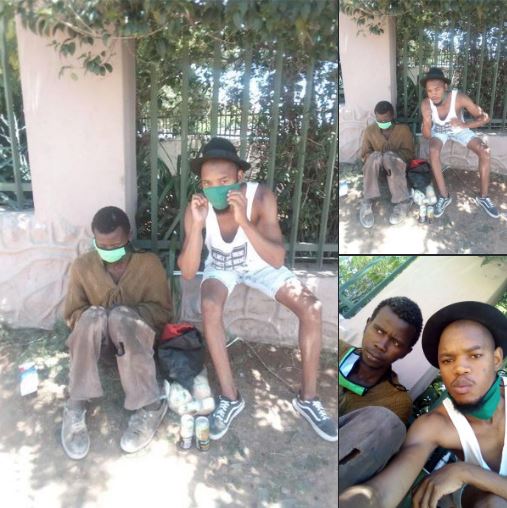 Masonwabe Thulani Ndabeni spends his birthday with a beggar
In a time when people flaunt wealth and expensive sourvenirs while celebrating birthdays, a young South African man has opted to do it differently.
The man identified as Masonwabe Thulani Ndabeni instead of going to clubs and buying himself expensive gifts, decided to spend it with a poor homeless man.
Many people have hailed him for his humanity.
He took to Facebook and wrote:
"Don't usually celebrate my Birthday.
But Today chose to Celebrate with Katleho.
Sitya Sonka sela Cappy, gave him jean yam endala neBeanie, Mask .
Siyatya uthi this is his 1st meal.
Sad thing is that he doesn't even know we in a Pandemic 🥺🙏." 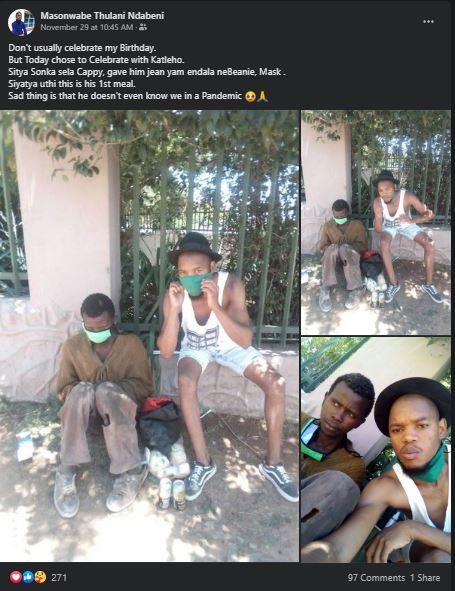