So Sad! Man Dies Few Hours After His Wedding (Photos)


A young man has died a painful death just few hours after marrying the woman of his dreams. 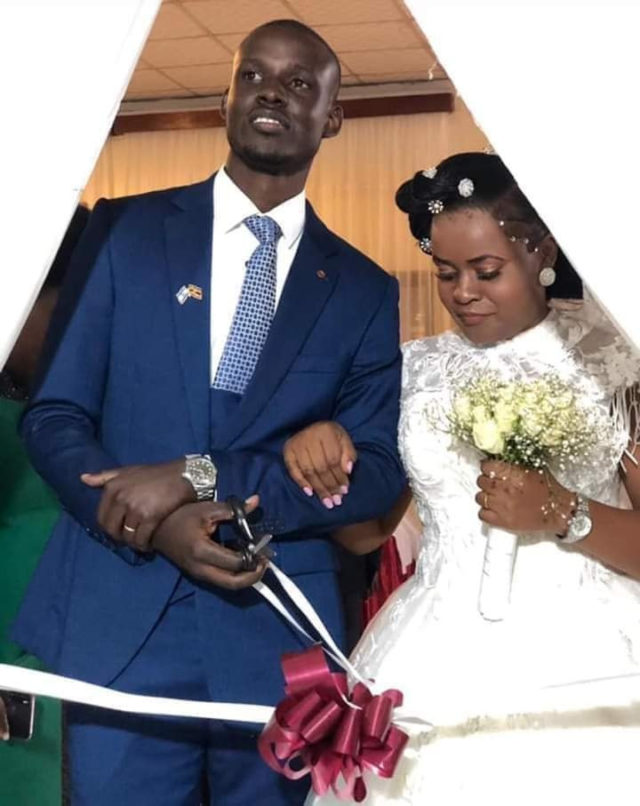 The man died few hours after his wedding
A tragic fate has befallen a young man just hours after his wedding.
The young man it was gathered, died just few hours after his wedding.
The tragic incident happened in Uganda.
Reports has it that Roy Jairus Watuulo died in the early hours of Sunday, December 6, hours after he tied the knot with his wife, Anitah Nabuduwa on Saturday, December 5 in Kampala.
According to close friends and relatives, Roy started complaining about feeling unwell moments after the wedding reception. He was rushed to the hospital and pronounced dead a few minutes past midnight.
The deceased is said to be in his late 20s and the son of a University professor. They had their traditional wedding in November 2020 .
Meanwhile, friends and and colleagues have taken to Facebook to mourn the late Roy. A colleague, Lutoto Charity Martha, wrote; 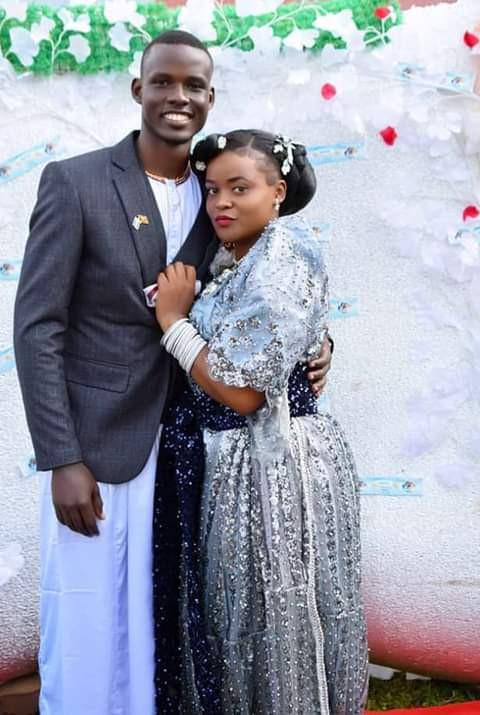 “With Deep Sorrow And Shock , Our Friend, Colleague And Brother
Roy Jairus Watuulo Has Passed On.
“He Wedded On Saturday 5/12/2020 And Immediately Went To Be With The Lord On Sunday, Just A Few Hours After.
“Son To Dr. Watuulo Richard & Lydia. Rest In Peace Comrade. May God Strengthen You Anitah Nabuduwa” 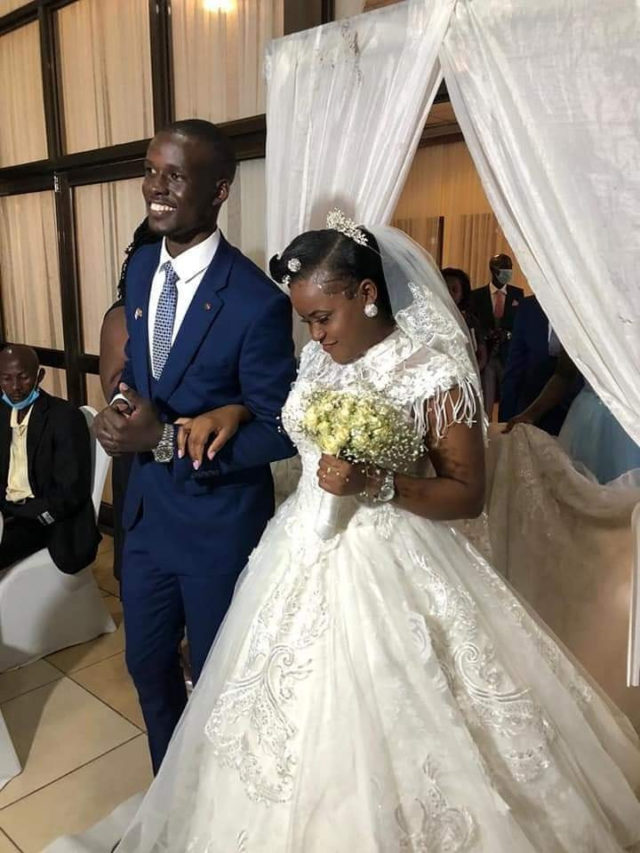 See more photos and comments below: 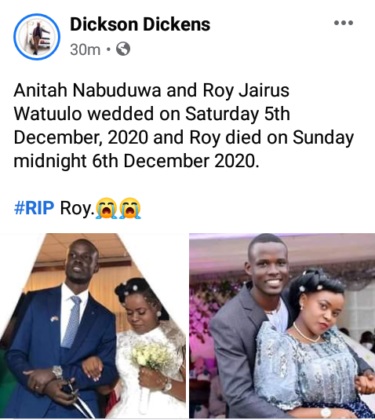 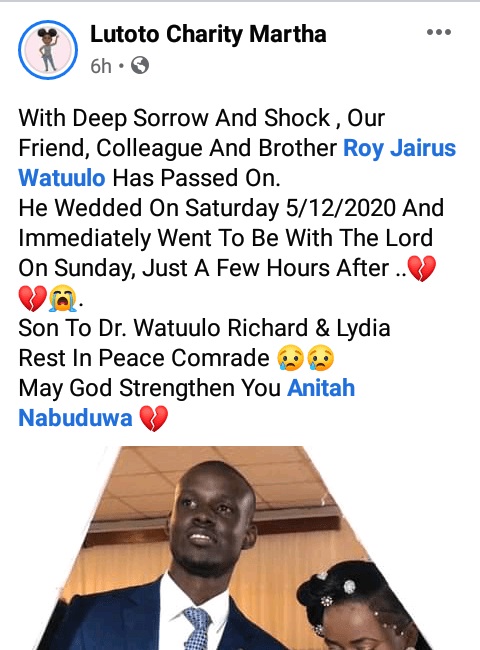 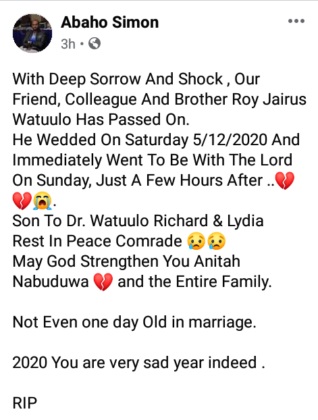 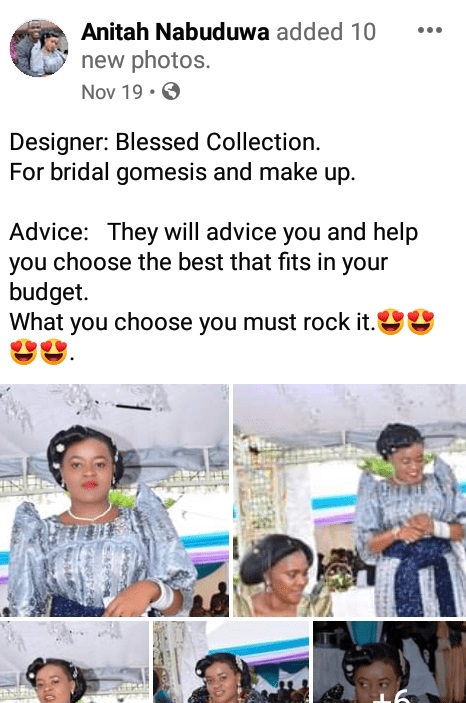