The incident reportedly happened three days ago in Laminga, Nasarawa Local Government Area of the state.

The woman was beaten up

In what will come across as a really startling development, a suspected female kidnapper has been beaten up by a mob.

The woman was reportedly caught and beaten to pulp by the angry mob in Nasarawa State.

The incident reportedly happened three days ago in Laminga, Nasarawa Local Government Area of the state.

According to a report by Facebook user, Ismail Samai, the woman identified as Lisa specialises in kidnapping children and selling them to ritualists. 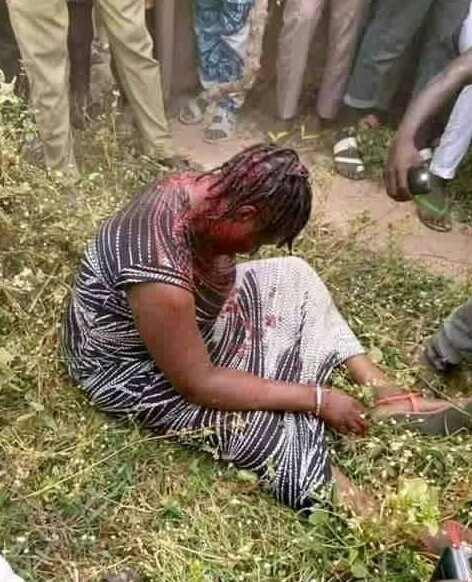 Samai shared photos of the suspect and wrote; "A warning message to the parents please be aware of this dangerous people this is the suspected woman called Mrs Lisa was caught and arrested yesterday in Laminga nasarawa local government nasarawa state she's kidnapping small small children selling them for money ritual.

She said that they are everywhere please and please take note don't allow your children to go far and for those going to school should also careful with this dangerous people. thank you for bearing with me on this medium."