The deceased was until his death, a medical house officer doing his housemanship with Alex Ekwueme Federal University Teaching Hospital, Abakaliki. 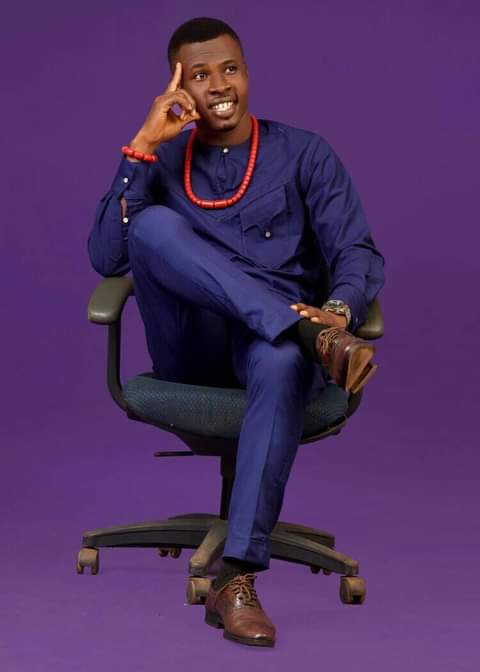 The doctor died after he reportedly drowned in the swimming pool of a popular hotel in Abakaliki, the Ebonyi state capital.

The deceased was until his death, a medical house officer doing his housemanship with Alex Ekwueme Federal University Teaching Hospital, Abakaliki.

He was said to have rounded up his one-year housemanship and due to sign off on Friday December 11 or Saturday, December 12.

The incident happened on Thursday, December 10, when the Ebonyi State University graduate went to the hotel to swim with his friends.

It was gathered that Odo, said to be a good swimmer was teaching his friends how to swim that same day when he suddenly got drowned.

Chairman, Medical Advisory Committee of the hospital, Dr. Ewa Richard, who confirmed the sad incident said Odo was doing his one-year housemanship with the hospital and was due for graduation for his National Youth Service Corps.

"Dr. ThankGod is one of the house officers dedicated and hardworking. Most of them will finish on the12th that is tomorrow and am sure he would have been among those finishing today, or tomorrow because they have started signing off to move on to the next level which is national service," said Richard.

”If he had finished that one year today or tomorrow he would have seized to be staff as we have signed him off.  We don’t have information of what killed him but what we heard was that he went for an outing with his friends in one of the hotels in town and was swimming with other people and the next thing he was drowning and eventually they brought him to the hospital but by the time they reached the hospital he was already dead. His body has been deposited in the mortuary.” he added. 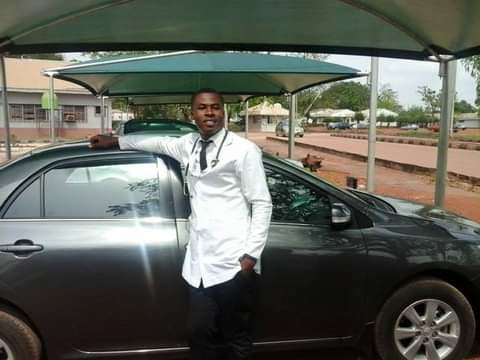 Spokesperson of the Ebonyi State Police Command,  Loveth Odah, who confirmed the incident, said the deceased was confirmed dead in the hospital.

"The DPO B division reported that on 10th December by 5 pm, there was a distress call from a hotel that a doctor has got himself drowned in a swimming pool and he rushed there and the doctor was brought out but unfortunately getting to the hospital a fellow doctor on duty confirmed him dead," she stated.

"Nevertheless the commissioner of police has ordered a full investigation to unveil what warranted the death. No arrest has been made, for now, it is recorded as a case of sudden unnatural death (SUD) but we are not relying on that, police is investigating the matter."

Meanwhile friends and colleagues have taken to Facebook to mourn him. Nwangele Peter described the young doctor as a genius.

"The nothingness of this world

Life is not just fair at all

How can I just say RIP to Doctor Odo ThankGod

He was just too dedicated to all he venture into 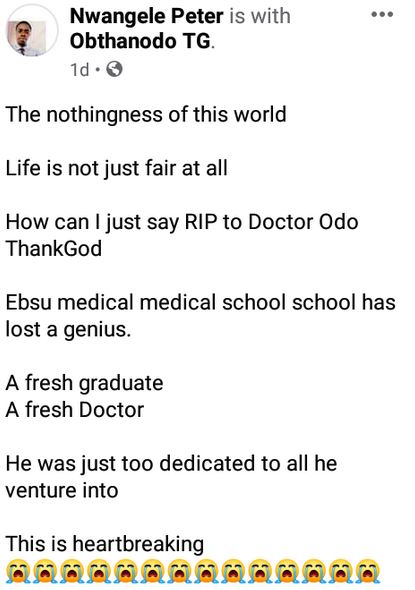 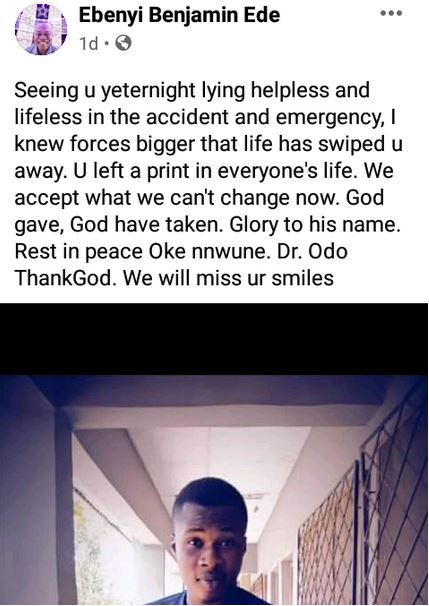