According to the Twitter user, her sister's boyfriend randomly sent her a breakup text and then proposed to his "friend" less than a month later. 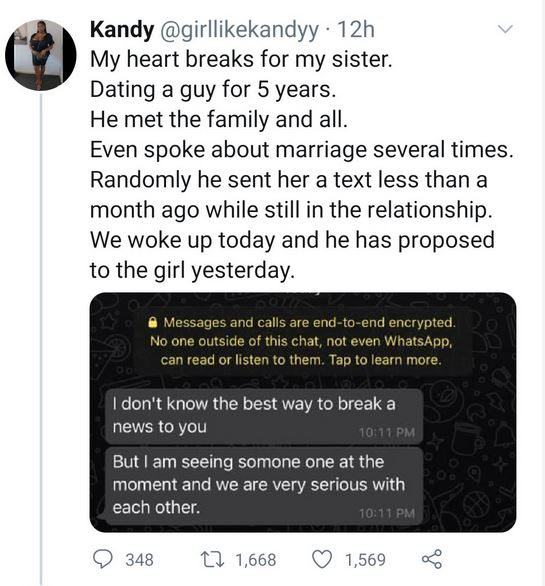 A woman took to Twitter to share a screenshot of a message her sister received from her boyfriend of 5 years after he called it quits with her and proposed to another girl.

The Twitter user said the man had been talking marriage with her sister and even met with the family.

Then he randomly sent her sister a breakup text and then proposed to his "friend" less than a month later.

The sister said the man used to post the woman he's now engaged to but never posted her sister on social media. When asked, he said he's a private person.

She says despite the fact that her sister has blocked her ex, he still finds a way to get in touch with her after proposing to someone else. 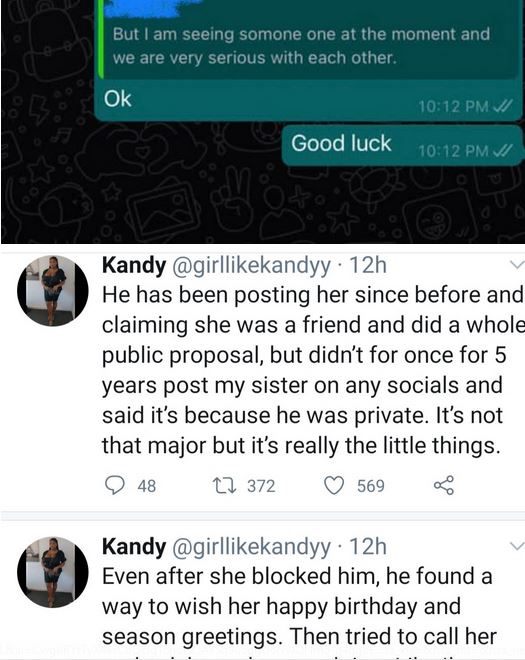 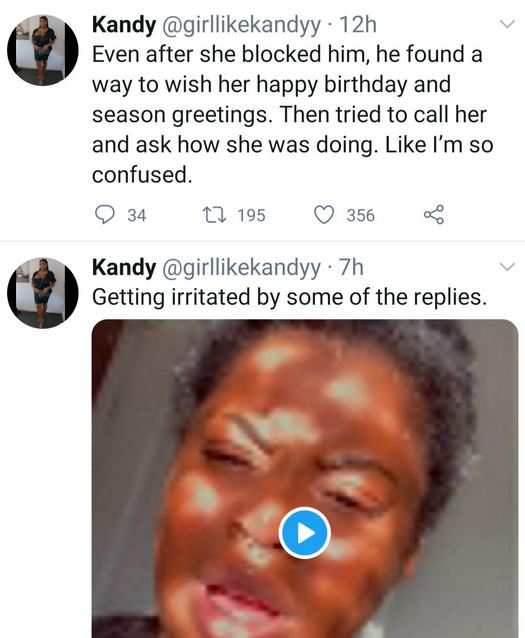 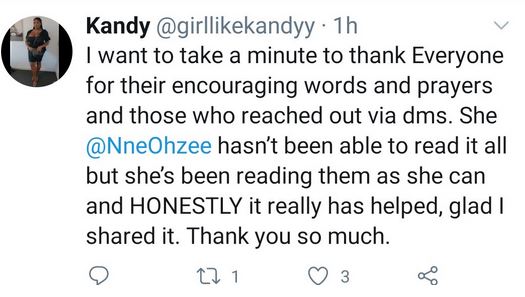