A man has married his dead girlfriend in Abujan Kwata area of Bauchi state following her sad demise. 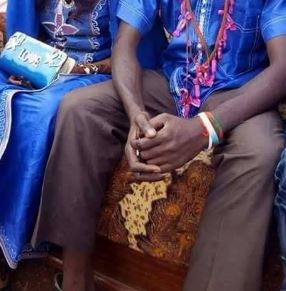 File photo
A man has gone ahead to marry his dead girlfriend in Bauchi state.
It was gathered that Mohammed Salisu of Abujan kwata area of the Bauchi metropolis last week married his dead girlfriend one Halima of the same address after she died.
The marriage was contracted after the man paid the sum of N2, 000 brideprice to the family of the deceased girlfriend.
According to Blueprint, the late lady once made a will that even if she died, the family should marry her off to Salisu.
It was also gathered that Salisu has been a long term lover of Halima and the duo promised to be faithful to each other forever.
Confirming the incident, Malam Bahajatu Nasir of the Bauchi state Shariah Commission explained that the marriage took place when the mother of the late Halima informed the public of her will as the funerals of the deceased set to be conducted.
He noted that the Imam who officiated the wedding ceremony one Malam Abubakar as well as the groom have been arrested by the men of the commission.
Commenting on the development, an Islamic cleric in Bauchi and Chief Imam of the Abubakar Tafawa Balewa University Bauchi Sheikh Dr Mansur Isah Yelwa faulted the marriage saying it was null and void.
According to him, one of the rules of marriage in islam is that the couple must be alive adding that whenever a spouse dies, their marriage is over.
“So, even the ones that were already married will have the marriage dissolved immediately any of the two dies. If your spouse dies, you can marry another person. But in the case of this man that reportedly married a dead woman, the marriage is null and void as it is contrary to islamic teachings”. The cleric clarified.
Top Stories