While President Buhari approved about N2.6 billion of the amount for his office, N873 million was earmarked for Mr Osinbajo’s office. 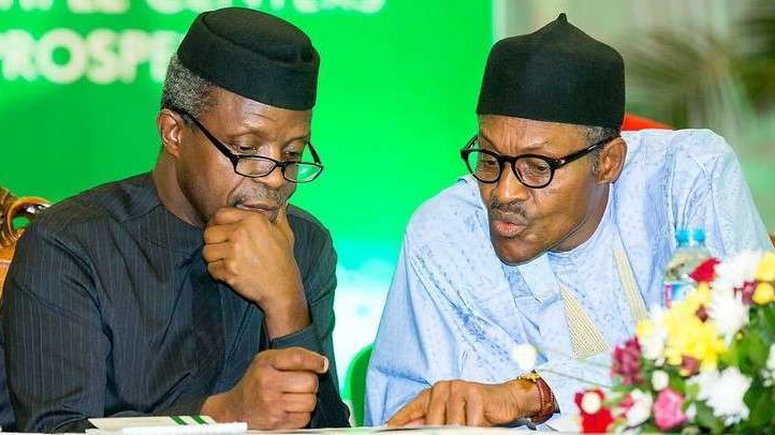 President Muhammadu Buhari and his Vice President, Yemi Osinbajo will spend the whooping sum of N3.4 billion on feeding and travel expenses in 2021.

While Mr Buhari approved about N2.6 billion of the amount for his office, about N873 million was earmarked for Mr Osinbajo’s office.

As in the last five years, travel expenses will take the largest chunk of these expenses, details of the approved budget for the year reviewed by PREMIUM TIMES show.

The same amount was approved for the offices of the first two citizens of the country in 2020. Both offices received less but still significantly high allocations in the four preceding years.

On the other hand, Mr Osinbajo will spend N801 million on his travels for the year – N284 million locally and N517.1 million outside the shores of the country.

Meanwhile, the meal bill for the offices of President Buhari and Vice President Osinbajo has been pegged at N195.5 million. 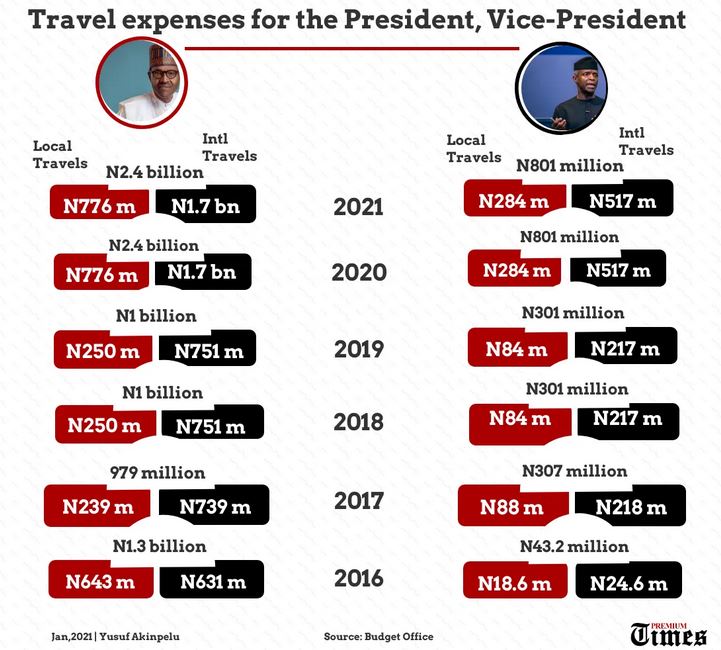