He strangled his mother for 30 minutes with his bare hands after they argued over his grades. 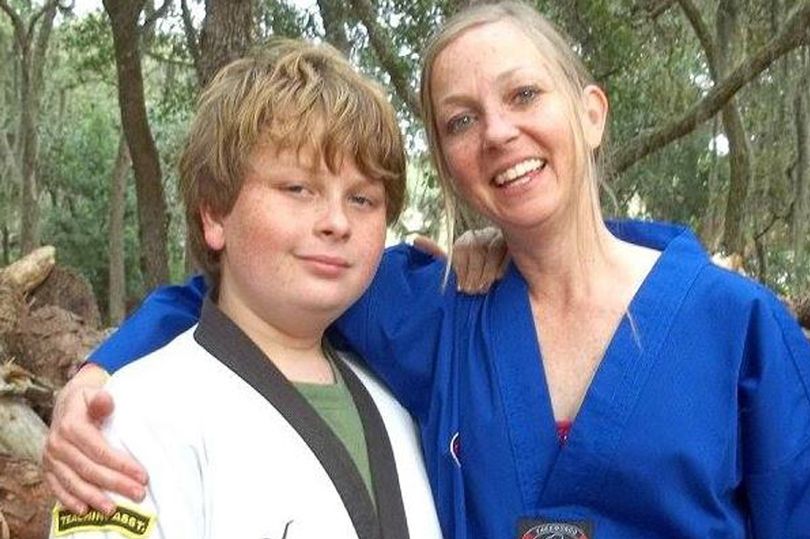 The boy killed his own mother

The story has been told of how a 15-year-old boy, Gregory Ramos, killed his own mum and then disposed of her body.

The boy committed the grievous crime during an argument over his grades.

The teen strangled his mum, Gail Gleavenger, in November, 2018, prosecutors have said.

He strangled his mother for 30 minutes with his bare hands after they argued over his grades.

He then placed her body into a wheelbarrow, pushed it outside and loaded it in the family van, court records show.

Ramos then asked his friends to help stage a burglary at his home.

Ramos, now 17, pleaded guilty in December to charges of first-degree murder, tampering with evidence and abuse of a dead body.

Because he was a juvenile when arrested, he cannot be sentenced to mandatory life without any chance of release.

The judge allowed his 84-year-old grandmother to see him up close during the latest court hearing.

She said she would always be with her grandson and prayed with him, WESH TV reported.

His aunts and uncles shared memories of his mother and told the court they felt as though they had lost her and her son.

Ramos was emotional as his family members spoke, and he apologised to them, adding he was not making excuses for his actions.

“Because of my actions, I will never get to truly know my mom, “ Ramos said.

“Not only have I stolen my mother from myself, but I have stolen her from everybody else as well. From my stepfather, I took his other half, from my aunts and uncles, I took a sister and lifelong friend, from my grandmother, a daughter.”

“I have done an irreversible harm to the world and them,” he added.

“Why did this happen, why would I have done this, I refuse to make excuses for myself, I can only plead for forgiveness.”

Two of his friends weer also charged as adults with accessory after the fact of first-degree murder.

They were not present when Ramos killed his mother, but they were accused of helping him in his attempt to cover up the crime.

During a hearing in December, Assistant Volusia County Public Defender Matt Phillips said Ramos is remorseful and “regrets his actions every day.”

“He is looking forward to having a release date and proving he can be a productive citizen,” Philips said last month.

The judge said his 45-year sentence would be reviewed after 25 years, during a hearing on Friday. He said Ramos would remain on probation for the rest of his life once he is released from prison.