Concerned Lagosians have called on the Police to look into the begging situation, describing it as a waiting time bomb.

With the alarming rate of begging in Lagos state,Twitter users have tagged policemen in Lagos in a video shared on twitter, in which beggars were knocking on motorists' cars windows begging for alms.

Damilare Asiri, a popular comedian had raised the topic saying the way beggars now beg in Lagos has turned violent. He shared a video on his twitter page and wrote;

''Lagos is currently awash with violent beggars that knock viciously on your car windows. The desperation on their faces always give them out. The only thing standing between them and robbing you is daylight. This bothers me. An angry herd is gathering. It needs to be addressed now''. 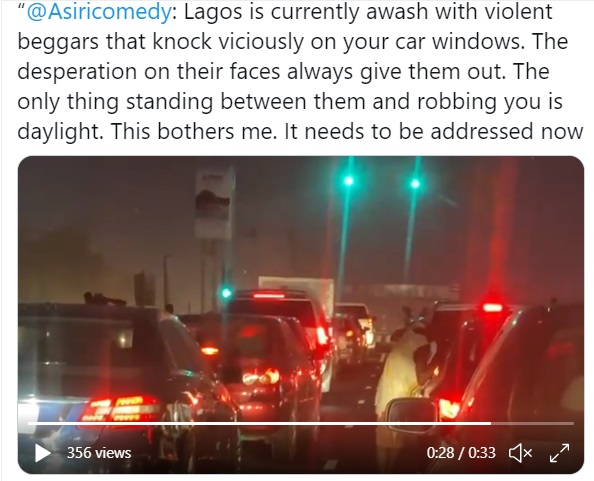 Many other users agreed with him and called for the Police to look into the situation now, describing it as a waiting time bomb. 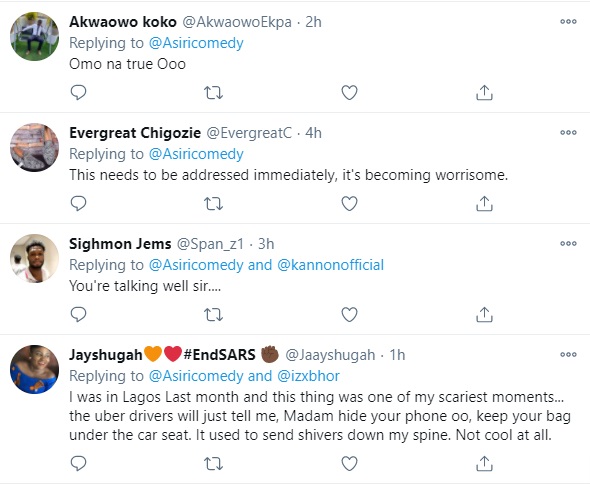 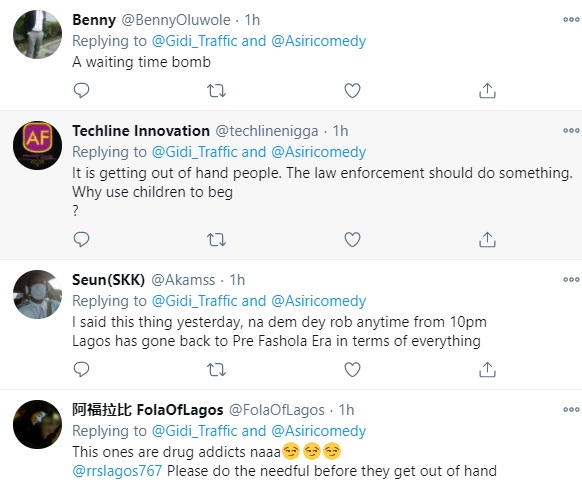 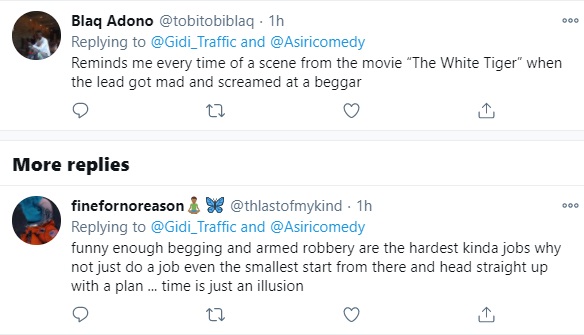