The group led by Deji Adeyanju asked the ICC to arrest and prosecute Buratai to serve as a deterrent to others who have made it a point of duty to indiscriminately abuse the rights of Nigerians. 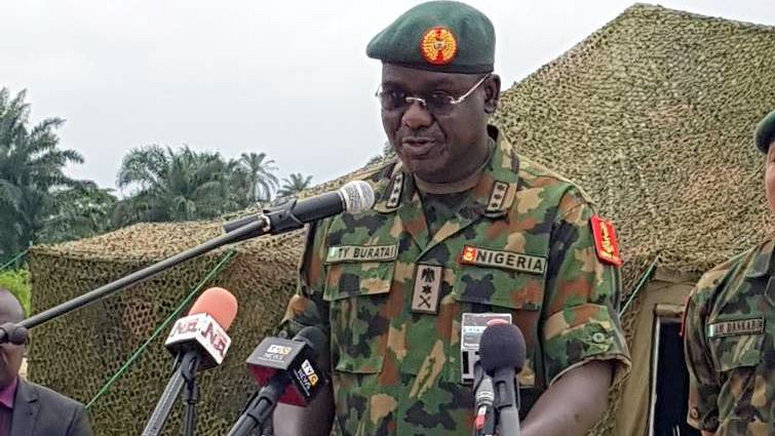 A group known as The Concerned Nigerians has filed a petition at the International Criminal Court (ICC), seeking the immediate investigation, arrest and prosecution of Tukur Buratai, the immediate past Chief of Army Staff over allegations of human rights abuse and crimes against humanity and Nigerians while in office.

Buratai alongside the other service chiefs were removed from office on Tuesday, January 26.

The group in a letter filed by its Convener, Deji Adeyanju, asked the ICC to investigate, arrest and prosecute Buratai to serve as a deterrent to others who have made it a point of duty to ''indiscriminately abuse the rights of Nigerians.''

“We write to call on the International Criminal Court and all lovers of democracy and human rights in the world to immediately investigate, arrest and prosecute Lieutenant General Buratai (Rtd) who was just relieved of his duty as Chief of Army Staff for crimes against humanity and the Nigerian people.

It will be recalled that sometimes in 2015, Lieutenant General Buratai (Rtd) ordered members of the Nigerian army to kill over 300 defenseless Nigerian Shiite Muslims on the unjustifiable grounds that they ‘touched a general’s chest’. That event has been appropriately tagged the Zaira massacre and it has further worsened the insecurity situation in Nigeria.

Shortly thereafter, Lieutenant Buratai (Rtd) ordered the Nigerian soldiers to kill hundreds of Nigerian citizens of South Eastern extraction, in the guise of searching for members of the Indigenous People of Biafra (IPOB).

It is particularly noteworthy to mention that as at the time Lieutenant General Buratai (Rtd) ordered the massacre of IPOB members, the group had not been proscribed by the Nigeria Government. Additionally, we have been able to gather from different independent sources that Lieutenant General Buratai (Rtd) personally ordered the killing of the innocent protesters at Lekki toll gate, Lagos, on October 20, 2020.

It is on the basis of the foregoing, among other human rights abuses, that we call on the International Criminal Court and friends of Nigeria to urgently investigate, arrest and prosecute Lieutenant General Buratai (Rtd), to serve as a deterrent to members of the Nigerian Armed Forces and their civilian collaborators who have made it a point of duty to indiscriminately abuse citizens’ human rights.” 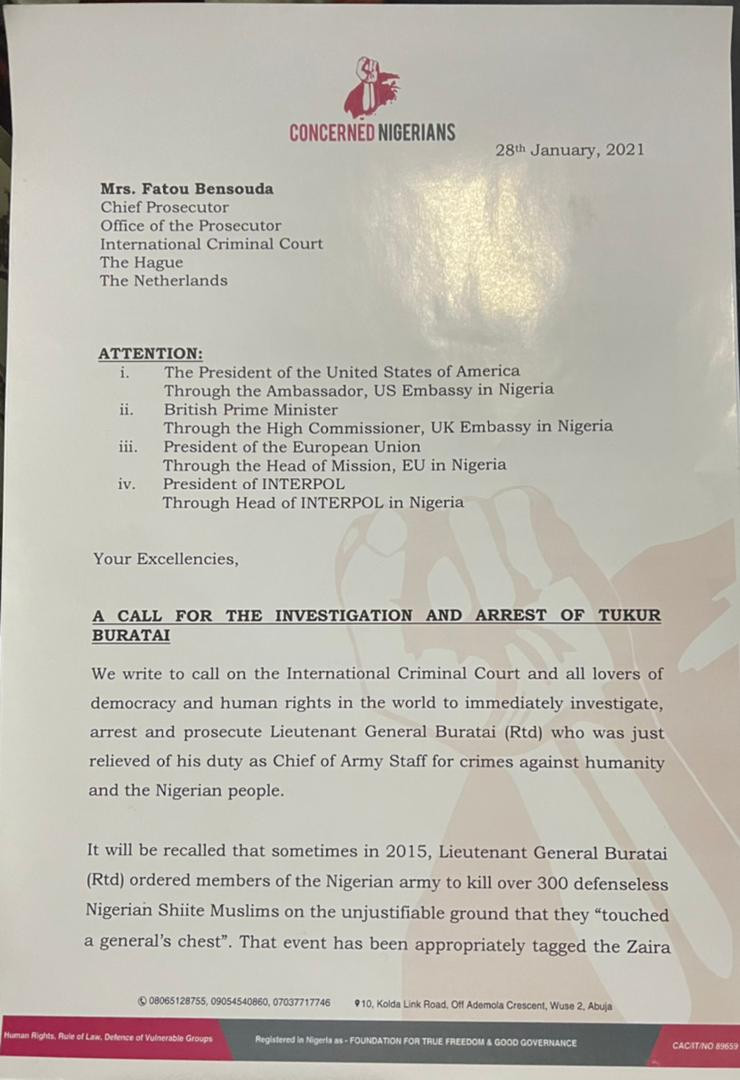 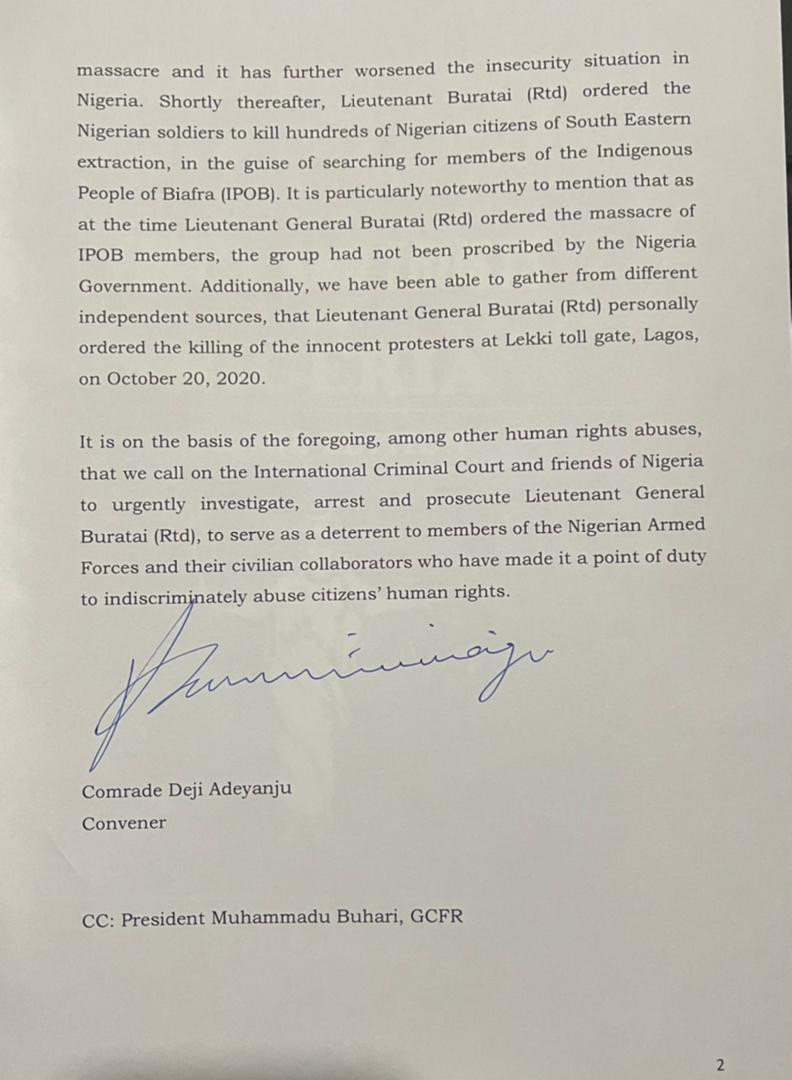