According to Bisi, she was broke and had ended an abusive relationship when her sister Seun died leaving behind a daughter. 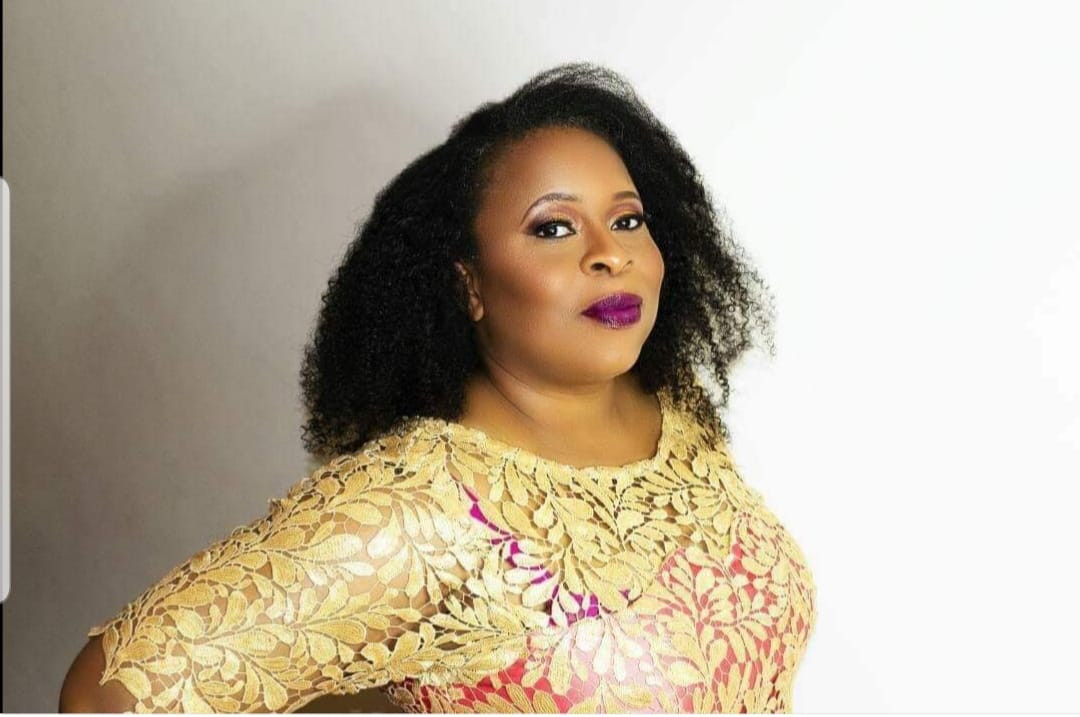 Olabisi Ekwueme, a Nigerian woman, has claimed that she communicates with her late sister in dreams.

According to Bisi, she was broke and had ended an abusive relationship when her sister Seun died leaving behind a daughter.

The first time she spoke to Seun in a dream, she asked her for help in securing a good job in order to take care of her niece.

Few days later, she got a call from a consultancy firm, went for an interview and got a job as an Operational Acceptance Tester with Marks and Spencer.

A few days ago, I did a post about how my sister, Seun’s death hit me again. That day, I said ‘Seun, if you can hear me, come to me in my dream. Let us have fun like when you were alive’. And I left it there. I did not dream of her that night.

I dreamt of her today. I dreamt that she planted a shrub which has now grown beauful and fragrant flowers and she and I were trimming and sha doing things to the shrub to make sure it continues to be beautiful and fragrant. I believe that shrub is her daughter, Derin.

And we laughed and joked and all.

The first time I spoke to her after she died was when I was in a bad way after she died. I was broke and broken. I had left my abusive ex and was trying to break into Software Testing from my then current role of credit risk assessment.

I said to her ‘Seun, I am broke. I need a good job. I need to take care of Derin and can’t do that without a good job.

I think the next day or a couple of days later, I got a call from a consultancy company. Their client, Marks and Spencer needed an Operational Acceptance Tester. They had seen my CV online and they think I was a perfect fit for the job.

I went for the interview and got the job.

That was how Seun answered me. A job I did not apply for was mine.

Maybe I should ask her for the winning lottery numbers? 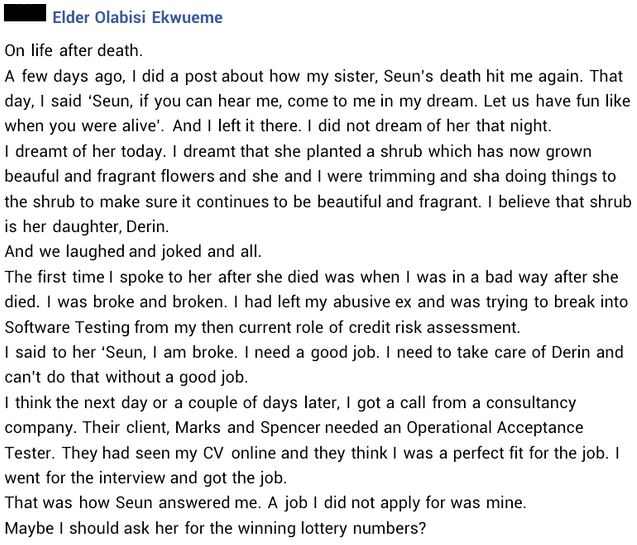