A Nigerian man has disappeared after getting hold of the outrageous engagement list given to him by his bride's family. 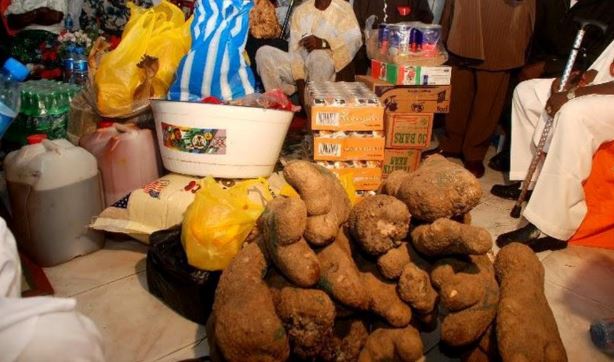 File photo
A young Nigerian man who doesn't have time for long stories has ran for his life after he was given outrageous engagement list by the family of his bride.
The list detail various items expected from the groom before their engagement which is meant to hold in the lady’s hometown in Akwa Ibom state.
According to the Twitter user who took to platform to share the outrageous list, the man in question allegedly fled at the sight of the list.
In his words, “Someone went to marry In Akwa ibom, this is the list he was given. He ran away”
Meanwhile the list has sparked outrage on social media as many described the list of items to be brought as overly outrageous and inconsiderate on the part of the bride’s family.
See the list below: 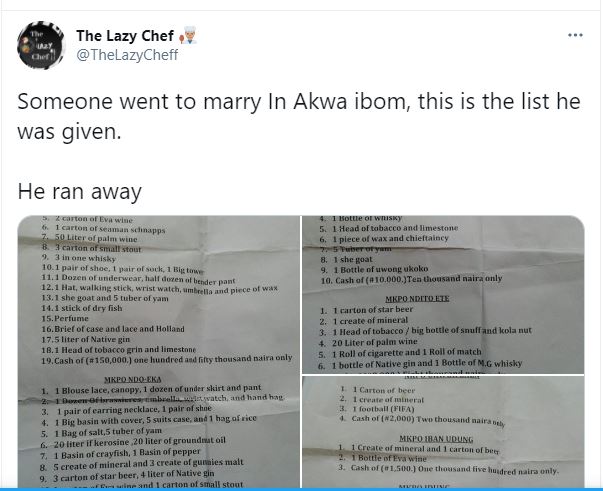 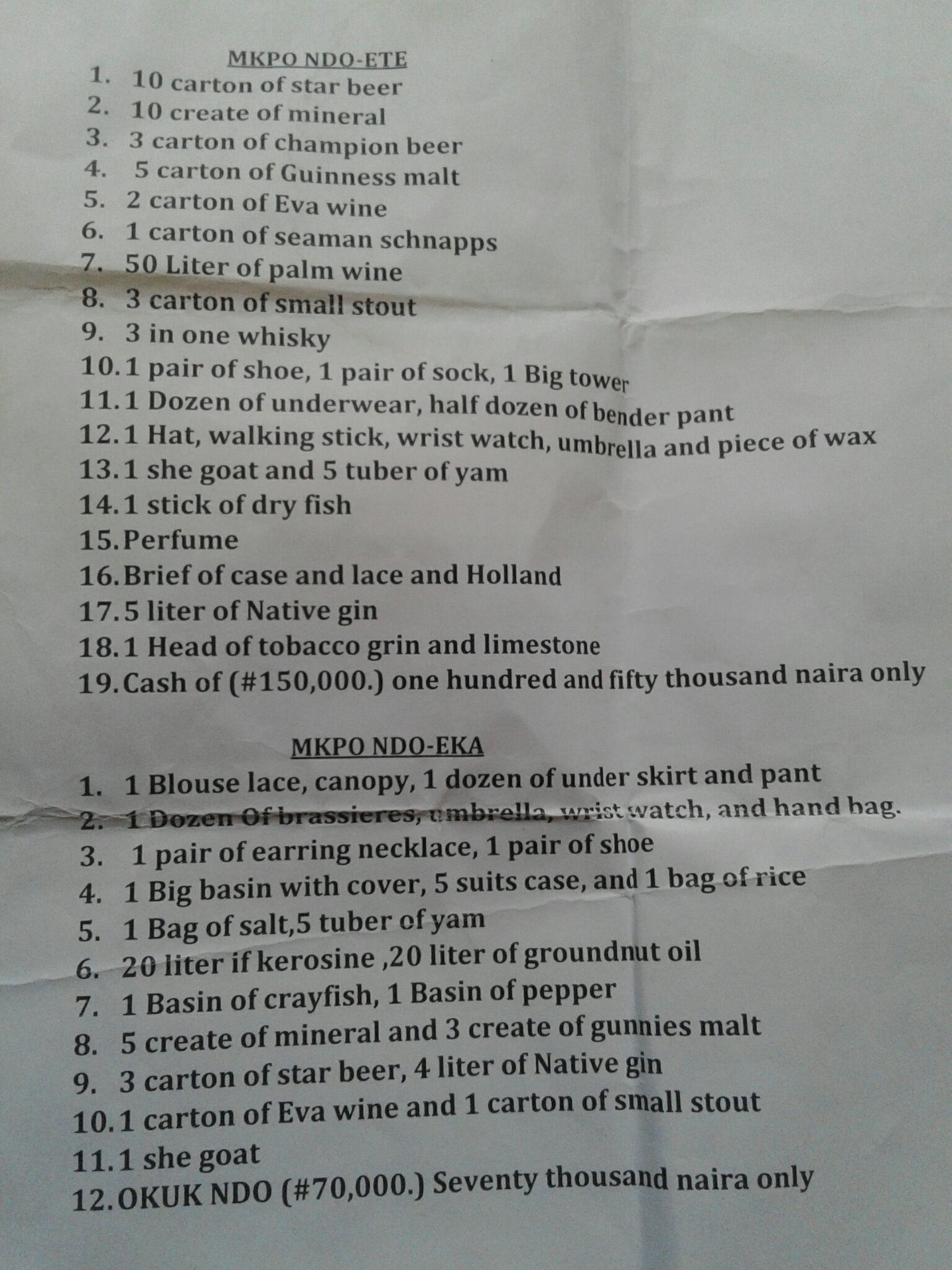