He said several members of the terrorists were killed while four of the gun trucks were destroyed, but he did not mention the casualties suffered by the military. 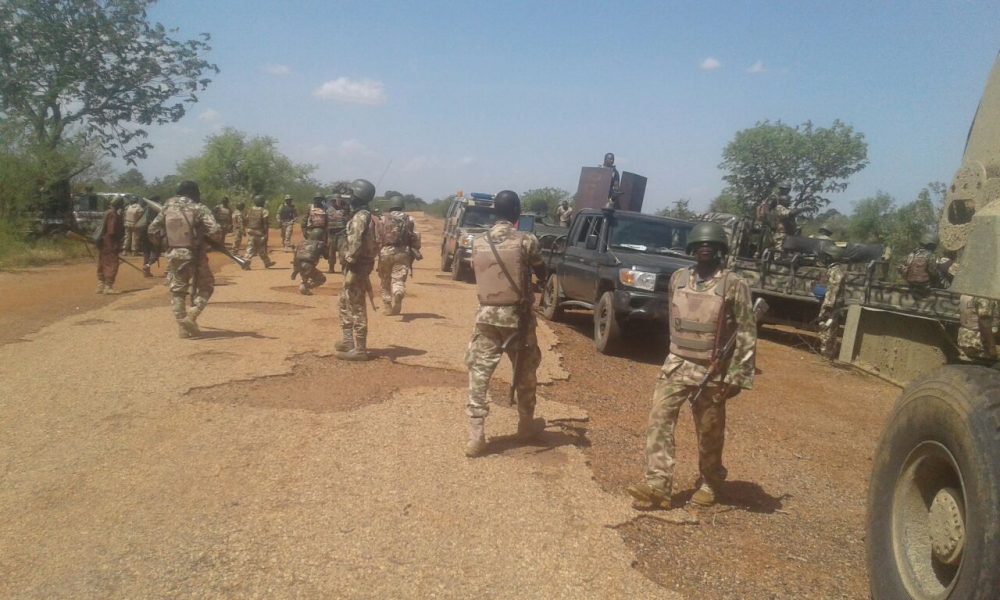 According to a report by SaharaReporters, some Boko Haram insurgents have attacked the 3 Battalion Base in Rann in the Kala Balge Local Government Area of Borno State,.

The Nigerian Army confirmed this on Thursday.

The terrorists invaded the base in eight gun trucks and engaged the troops for hours on Tuesday during the attack, the Army Director of Public Relations, Brig. Gen. Mohammed Yerima, stated in a release.

He said several members of the terrorists were killed while four of the gun trucks were destroyed, but he did not mention the casualties suffered by the military.

“With swift air support during the attack, the terrorists lost the initiative and had to scamper for safety due to heavy aerial bombardments while additional four gun trucks were destroyed as several of their members were killed while others fled with fatal gunshot wounds.”

While reacting to an earlier report of insurgents’ attack in Goniri, he noted that three soldiers were killed while two others were injured.

SaharaReporters had on Tuesday reported the insurgents led these attacks and more in Yobe State, only a day after the Chief of the Army Staff, Major General Attahiru Ibrahim, visited troops of Operation Lafiya Dole in Maiduguri, Borno State, and assured that the military would tackle the insurgency headlong.

“The communities in Geidam, Yobe State, were attacked by Boko Haram and ISWAP who broke into shops and looted foodstuffs and drugs. The insurgents attacked Geidam and forced the residents of the surrounding villages to flee. The terrorists have turned the communities into their stronghold.

“They operate from at least eight communities,” a military source said.

It was learnt that apart from Geidam, the terrorists had also established strongholds in Tarmuwa and Yunusari Local Government Areas in Yobe.

During his visit, the army chief who was at the Special Army Super Camp in Ngamdu had noted that the insurgency war would soon end.