COVID- 19: Sowore Blasts Police for Not Arresting Anybody As Lagos Speaker Obasa Enjoyed Rally With Mammoth Crowd In Agege (Video)


Omoyele Sowore has shared a video of Lagos Speaker, Obasa joining a mammoth crowd at a rally in Lagos without police arresting anyone for breaking coronavirus rule. 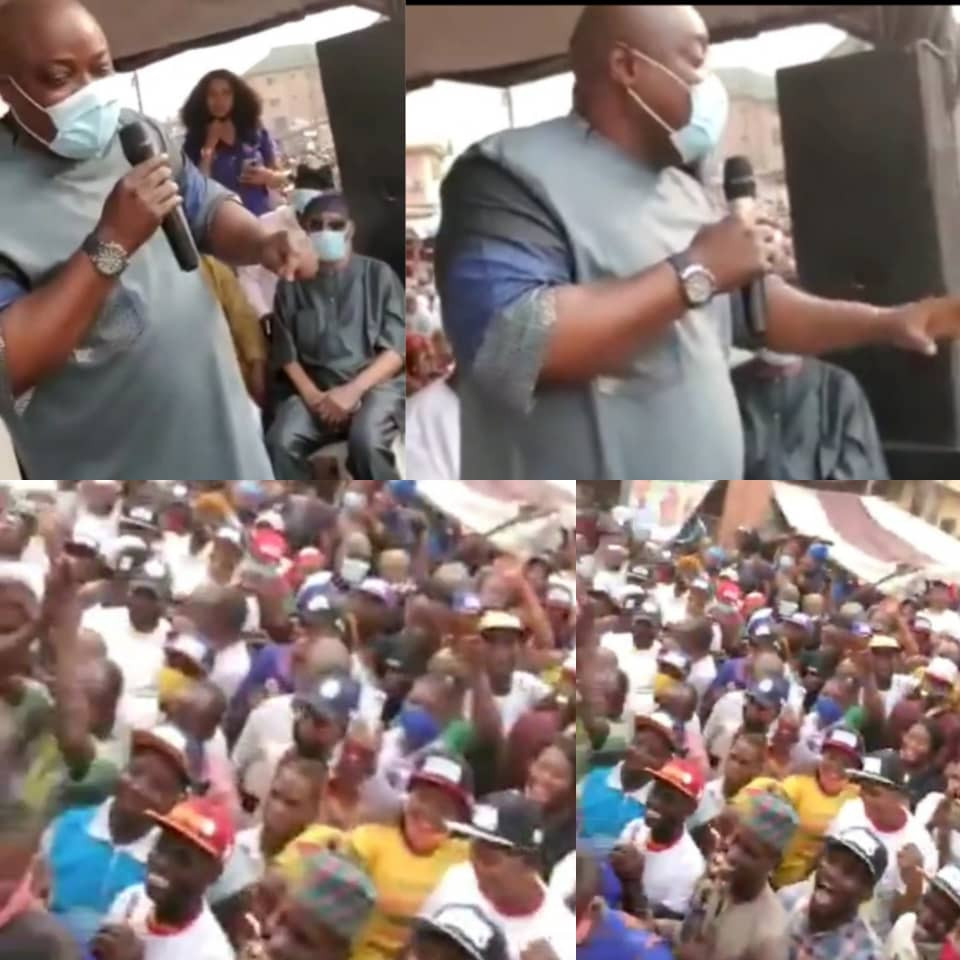 Obasa joins rally in Agege
The hypocrisy of the Nigerian police has been exposed by Sahara Reporters publisher, Yele Sowore.
The activist shared a viral video of the speaker of the Lagos state House of Assembly, Mudashiru Obasa, speaking at a political rally where the attendees brazenly flouted COVID19 protocols such as wearing of face masks and social distancing last week without anyone being arrested.
This comes just some days after ENDSARS protesters were hunted like animals and arrested by the police over allegations of breaking coronavirus rule in Lagos
Posting the video on his Twitter handle, Omoyele wondered why the police haven't arrested the speaker for holding such a gathering where the people flouted the COVID19 guidelines. 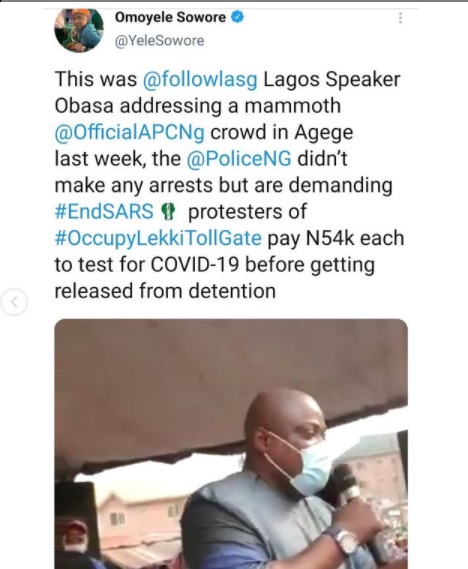 He wrote:
''This was @followlasg Lagos Speaker Obasa addressing a mammoth @OfficialAPCNg crowd in Agege last week, the
@PoliceNG didn’t make any arrests but are demanding #EndSARS
protesters of #OccupyLekkiTollGate pay N54k each to test for COVID-19 before getting released from detention''