A young girl has been seen publicly disgracing her boyfriend for refusing to take responsibility for her pregnancy. 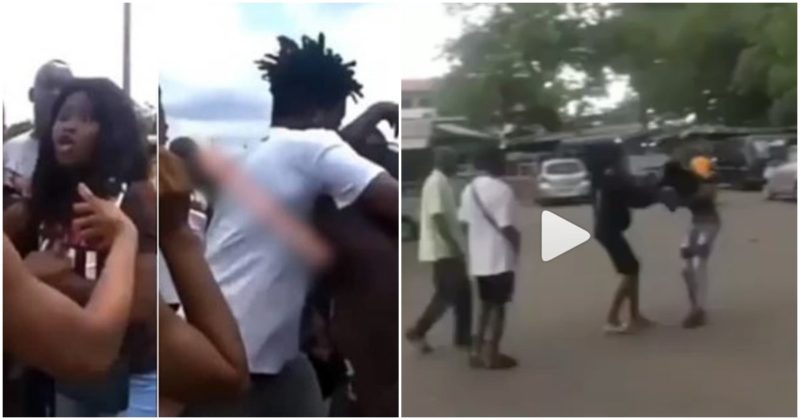 Public fight between student and boyfriend
A young man has been given the disgrace of a lifetime after being dragged in public by his pregnant girlfriend.
The female student while fighting the boyfriend, accused him of refusing to take responsibility for her baby.
The female student made the confrontation at the university of Ghana campus in Accra.
In the video, the two students were seen engaged in a struggle as people try to separate them.
The male student could be seen asking the pregnant young girl why she’s out to embarrass and disgrace him publicly.
Watch Video: