“I Am Single And Unavailable” – BBNaija’s Diane


She made the statement after a follower said the Kaduna-born reality star and DMW music star, Mayorkun will make the “cutest couple”. 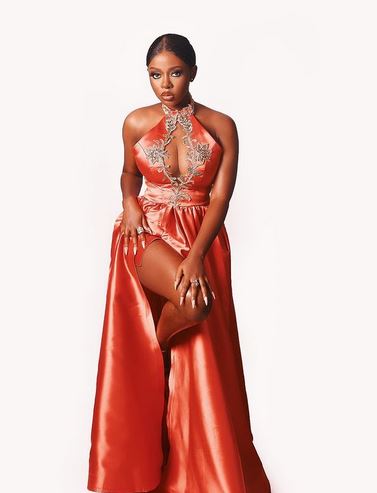 Reality star, Diane has stated that she is single and unavailable and so fans should stop shipping her with other male entertainers.

She urged them to stop, as she is not interested in a relationship.

She made the statement after a follower said the Kaduna-born reality show star and DMW music star, Mayorkun will make the “cutest couple”.

Reacting to this, Diane stated that she is single and unavailable. She added that she will block any tweet disguised as joke.

"Ship me not. I understand people care, but please, I don’t want to be shipped with any of my male friends or colleagues. I am single and unavailable. Chapters that have been closed let it remain closed. Any tweet disguised as a joke I will block #respectfully Love and light always."

It can be recalled that late last year, Diane Russet replied a lady who mocked her for not finding a man.

The lady reminded the reality star of how she promised to show off her man in 2020. She also mocked Diane for not fulfilling the promise she madero them.

According to the lady, they have waited for Diane’s her man and they’ve started to loose weight while waiting for her to show of the man.

She also reminded Diane that the year is has already ended still no man.

“Diane Russet remember you said you will be showing him off this 2020. We done wait sotey we don dey loose weight. 2020 don finish oo”.

Reacting to the lacy’s tweet, Diane, said she couldn’t find the man and she will try again next year.

“Omo I couldn’t find him. We try next year”, she said.