The woman who used to date married men is now giving women tips on how to pay attention to their husband's to prevent them from having side chicks. 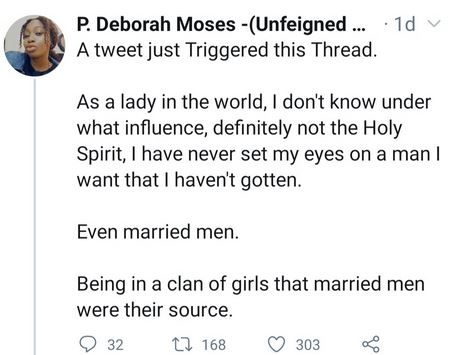 A former sidechick  who has now repented took to Twitter to advice women on what to do to stop their husband's from cheating.

The woman who used to date married men is now giving women tips on how to pay attention to their husband's to prevent them from having side chicks.

The woman said that when she was still living a life of sin, she got any married man she wanted, even the religious ones.

She said she and other women in her clique understood that every man lacks something, so they set out to find that thing he lacks and they provide it to him 100 percent and with time, the man falls for them.

She explained that women get busy after children come and as a result, most married men do not get their wife's complete attention.

So, even when the woman is giving the man 90%, they, the side chics, identify the 10% that is missing and fill what is missing in the man's life.

She added that "no one is above cheating" and advised married women to pray to the Holy Spirit for guidance on how to prevent their husbands from straying.

See her tweets below; 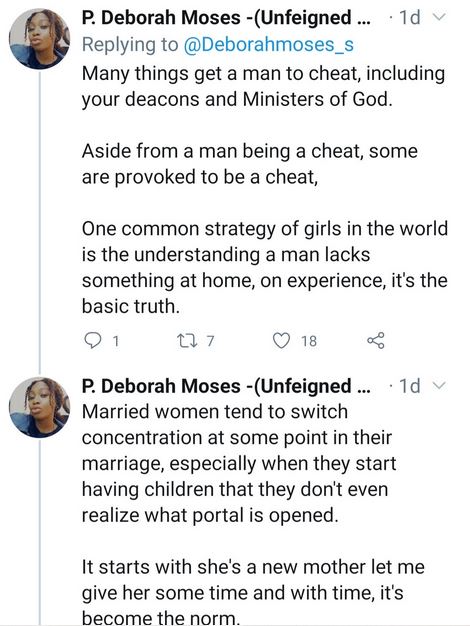 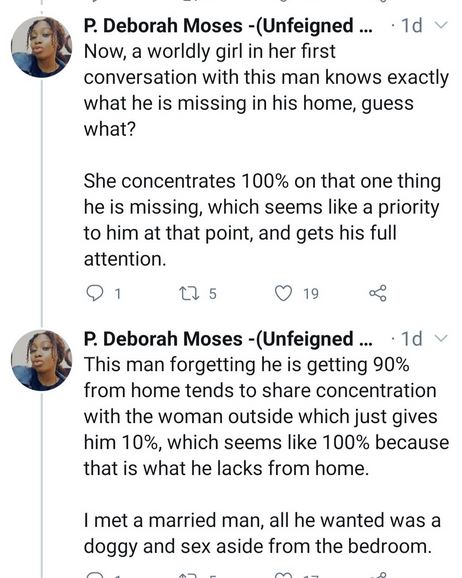 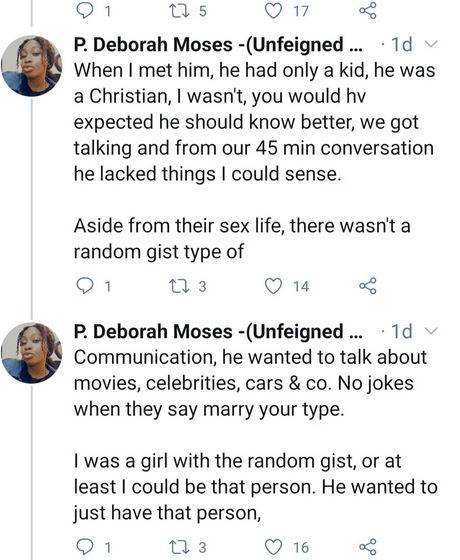 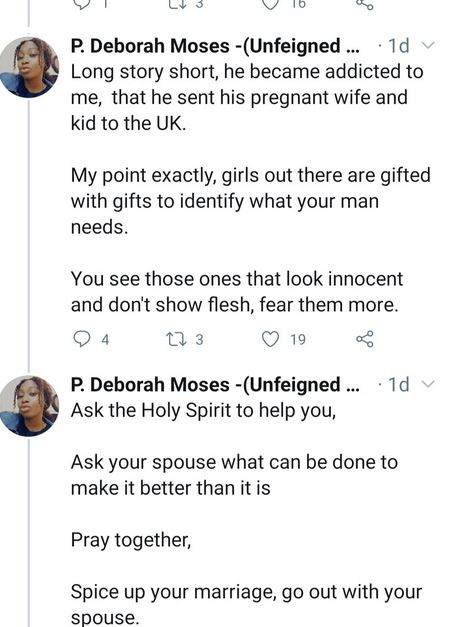 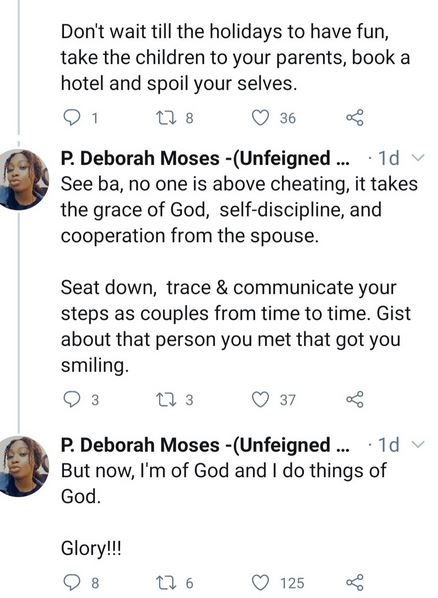