The girl is currently at Ekeki Police Station. If anyone has any useful information about her parents, please contact the station. 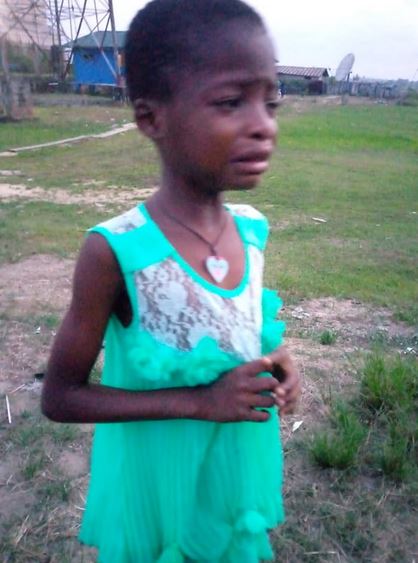 A little girl who was in tears was found wandering alone on a deserted road between Onuebum and Otuoke in Ogbia Local Government Area of Bayelsa State.

The girl, who identified herself as Jennifer Alex was spotted crying by a commercial tricycle driver on Thursday, March 18.

According to Dienita Jackson Daniel, who posted the report on Facebook, the driver took the child to Otuoke but he couldn't locate her parents.

The girl is currently at Ekeki Police Station. If anyone has any useful information about her parents, please contact the station.

"Please this child named, JENNIFER ALEX was found close to Otuoke Community in Ogbia Local Government Area by a Tricycle Operator (Keke Driver) around 5pm on Thursday 18th March, 2021. She was crying and walking along the lonely road between Onuebum and Otuoke.

The Keke Driver named Saidu Yusuf saw her crying and stopped to ask why she was alone crying in the bush part of the road. She couldn't explain herself but pointed toward Otuoke so he took the child to Otuoke but unfortunately he couldn't find her parents. He actually tried his best to help find her parents but no headway so he decided to take her to a media house.

Of all the questions we asked her she was able to mention her name, 'JENNIFER" father's name "ALEX"and her mother's name "PRECIOUS". When we asked about her Community and where she lives she repeatedly mentioned something similar to Ayamasa, but she can't speak Ijaw, Ogbia, Epie or any of the major languages spoken in Nigeria. Anytime you asks her about where she stays she repeatedly mentions that name similar to Ayamasa but i doubt if it is the AYAMASA in Ekeremor LGA. 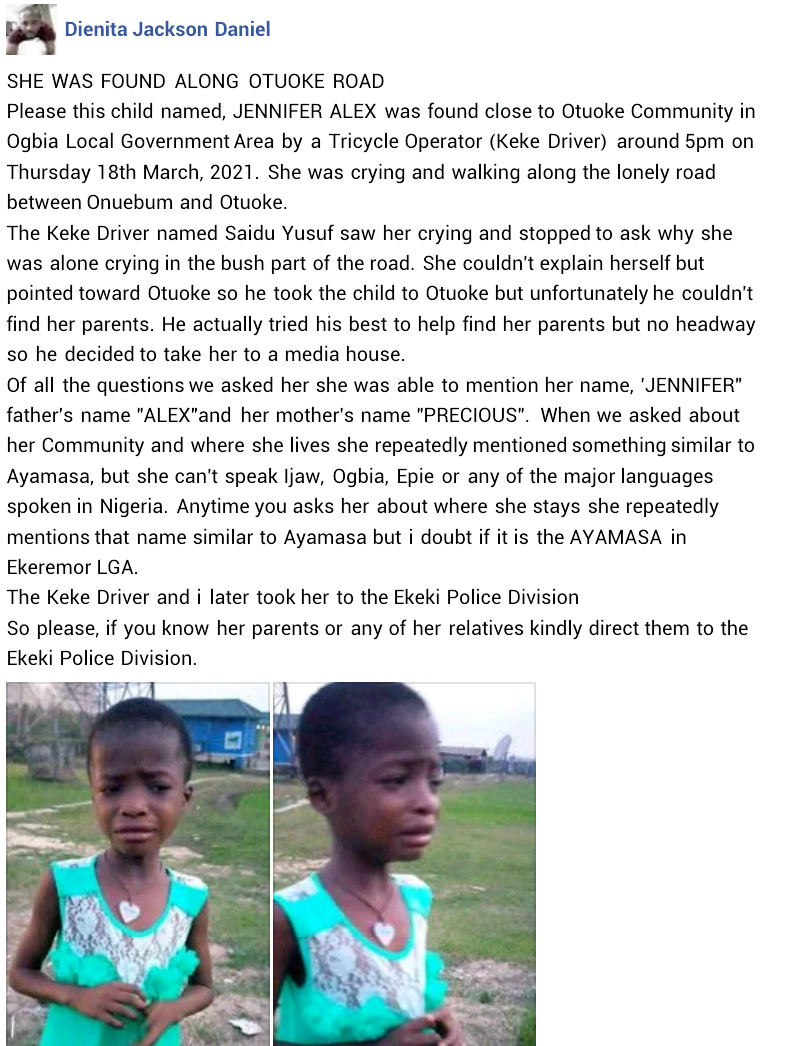