Crossdresser Goldtiful Slams Bobrisky For Not Supporting His Colleagues


Goldtiful attacked Bobrisky for not showing kindness and support to the young crossdressers following his path. 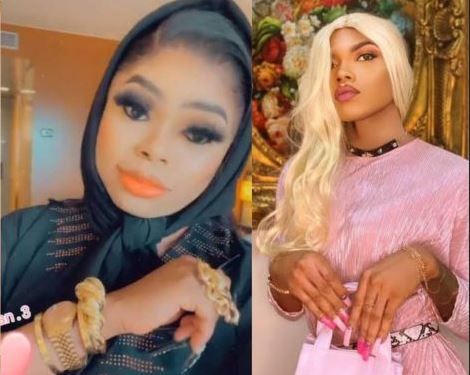 Goldtiful, a Nigerian crossdresser has slammed his senior colleague, Bobrisky in a recent video, accusing him of not supporting other crossdressers in the country.

Goldtiful attacked Bobrisky for not showing kindness and support to the young crossdressers following his path.

He also stated that Bobrisky is denying others from becoming famous like him. This comes after when Bobrisky stated in her previous post that no one will take his position until he retires.

“Bob said she is our mummy, that none of us can be like her until she retires, like seriously? You are not the first crossdresser in Nigeria, you are not and you will never be. Before you, there were other people.

So why are you being shady that till you retire none of us will get to your level? You use LGBTQ to cover yourself while you are not representing us well. It’s bad. Calm down you’re not the first. Humble yourself and be nice to people, what will it cost you to be nice to girls and straight people but not to LGBTQ people. Yet you will say you are our mummy”.

Buchi Alexandra also recently became a hot topic after accusing Bobrisky of tarnishing the image of members of their trans-community. In a video shared online, the transgender lady blamed Bobrisky and James Brown for the wrong misconception Nigerians have the community.