Revealed! Flight Lieutenant Who Was Killed In Kaduna Air Crash Just Got Married In February


Olufade, Ibrahim Attahiru, chief of army staff, and nine other military officers were on board a Beechcraft 350 aircraft that crashed near Kaduna international airport on Friday. 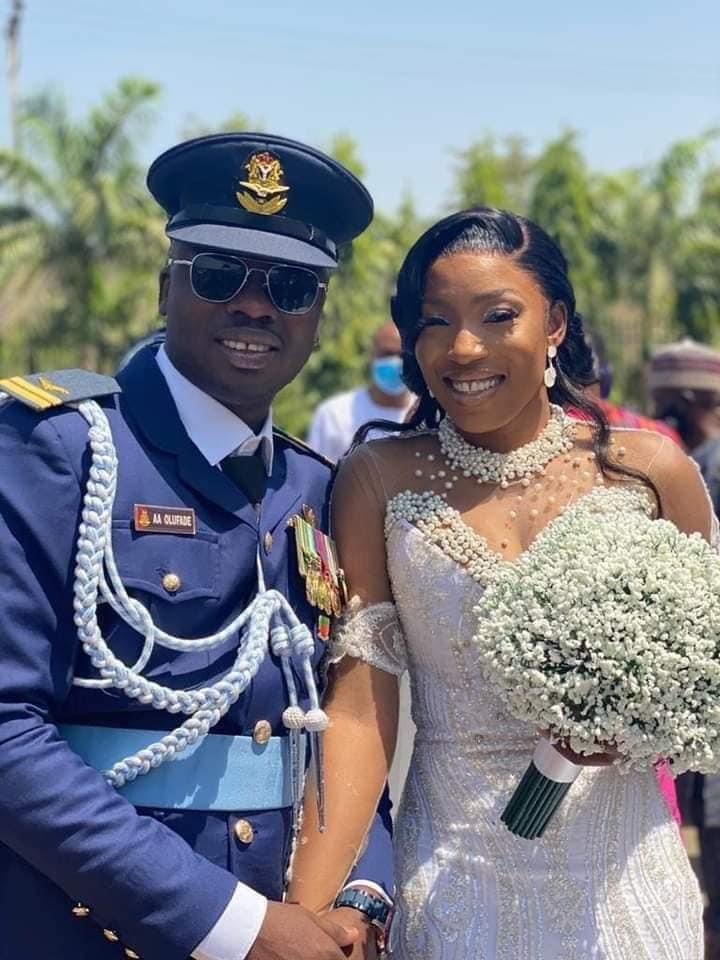 Completely heartbroken friends and sympathisers have expressed sadness over the demise of Alfred Ayodeji Olufade, a flight lieutenant.

Olufade, Ibrahim Attahiru, chief of army staff, and nine other military officers were on board a Beechcraft 350 aircraft that crashed near Kaduna international airport on Friday.

Attahiru was said to be on his way to Kaduna to attend a passing-out parade for army recruits scheduled for Saturday.

All the 11 officers aboard the aircraft did not survive the crash.

Hours after the confirmation of the flight lieutenant’s death, pictures and videos from his wedding in February — about three months ago — began to circulate on social media.

The development left many in shock and some took to social media to express their grief.

Here are some comments of those who mourned the demise of the flight lieutenant:

3 months ago we were all here rejoicing. Today we mourn😭💔
You'll live on forever in our hearts Flt Lt AA Olufade. Our own Ayo💔😭❤ pic.twitter.com/70ib0BAdfA

It is a sad day in our family. Our lovely son on board Flt Lt AA Olufade gone. As we pray for all families on this, ask and request for an immediate action by an independent Intlly recognised body. We have to safe the future of our country now. We are saddens https://t.co/ev1N22q1Lo pic.twitter.com/vPLFwUlSlo

Another Kogites Pilot Again.
Flight Lt. AA Olufade who just married two months ago is among the casualties of the crash that killed the COAS yesterday. He is from Kogi state.