According to Ka3na, whatever the housemates couldn’t or didn’t say during the time they spent together should remain unsaid and buried. 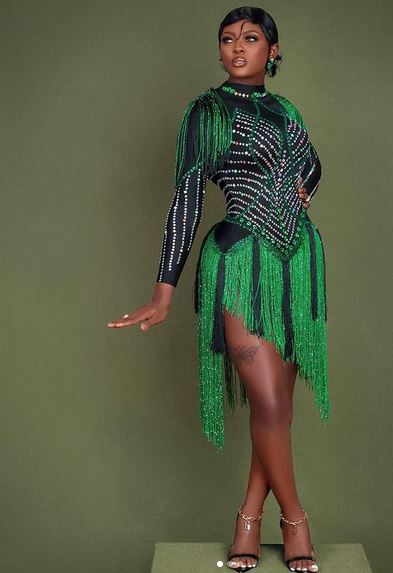 BBNaija housemate, Ka3na took to social media to issue a note of warning to her fellow housemates ahead of the reunion which will air from today, June 17.

According to her, all the housemates met and lived together in the same hotel during the Reunion, and she believed everyone had the opportunity to trash every issue and throw tantrums.

However, her colleague acted mature and responsible; hence, such attitude should continue because she believes that everyone has aired the grievances, discussed, and moved on.

According to Ka3na, whatever the housemates couldn’t or didn’t say during the time they spent together should remain unsaid and buried.

"Dear XHmx, we all met, sat together, live together in the same hotel for several nights… which I believed we had all the opportunity to throw as much tantrums as we wanted but y’all acting mature and responsible (let it continue that way) I believe we have all aired our grievances, discussed it and move on. Please whatever you couldn’t or didn’t say to me should remain unsaid and buried. Don/t be a push. We all did put a great how. Now let the viewers and the fans of the show get entertained."