Over 200 Cows: ''Being Good Didn't Get Cubana Those Gifts, Being Rich Did''- Nigerian Medical Doctor Says


According to him, friends did not give Cubana the cows because he is a good man. 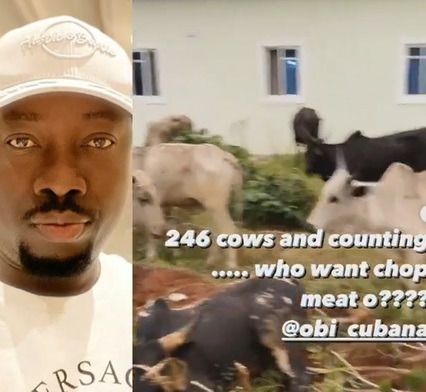 Obi Cubana got over 200 cows for his mother's funeral
A Nigerian medical doctor has stated that being rich got businessman, Obi Cubana over 200 cows.
According to him, friends did not give Cubana the cows because he is a good man.
Recall that Cubana received over 200 cows for his mum's funeral.
The medical personnel with the handle @drpenking who shared this thought via his Twitter handle, opined that people give gifts to rich people so as to be in their good books and not because of the good they have done to them.
He averred that good poor people never get as many gifts from people when the need arises. 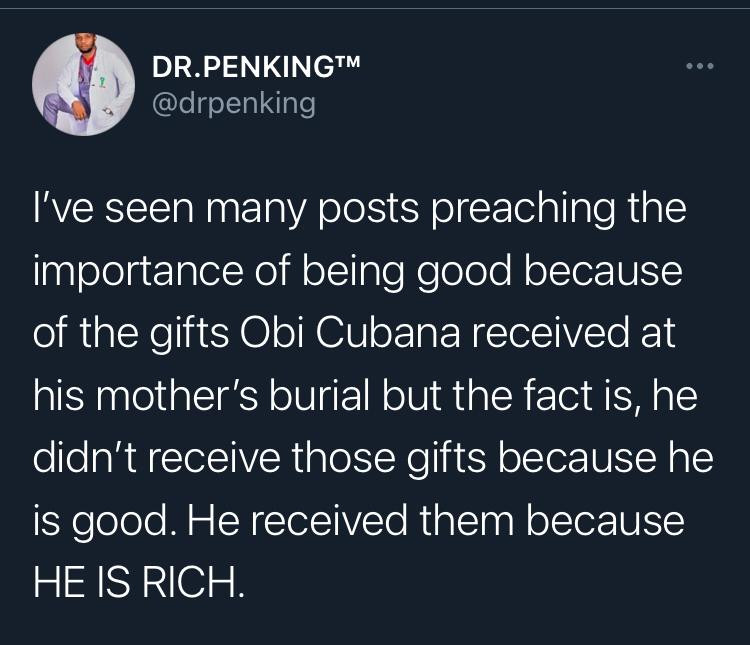 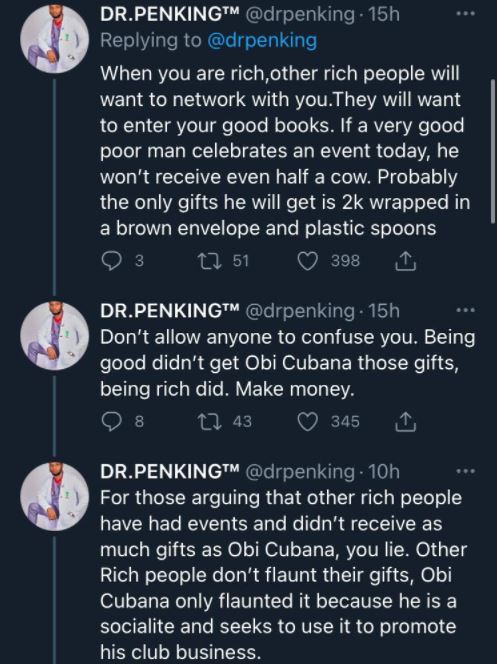 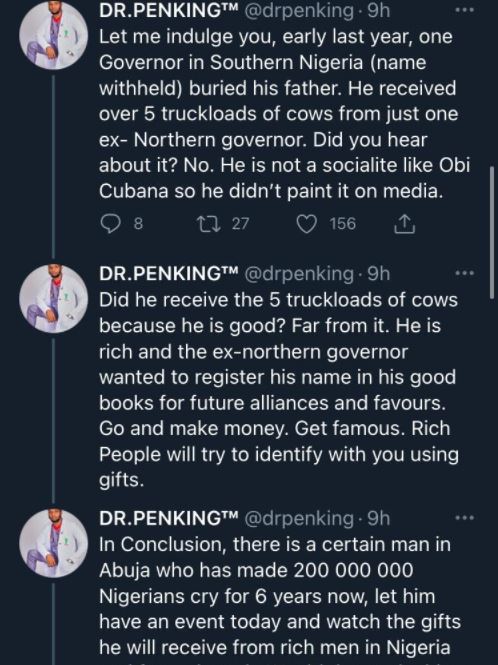 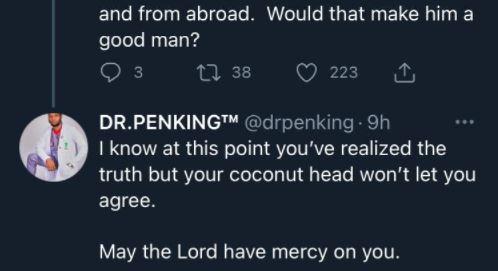