He opened a restaurant where the homeless can go to every Monday and eat for free. 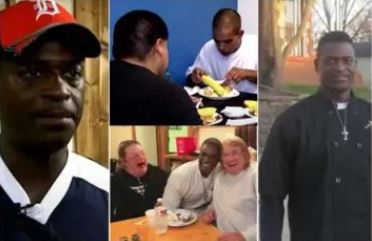 A man who was once homeless has set up a restaurant where homeless persons can come in to eat for free.

His story is as well inspiring, as the Youngman identified as Derrick Walton was at a point in his life homeless. He has now done well to open a restaurant that the homeless can go to every Monday and eat for free.

He said those types of people in society always feel alone and unloved.

Sharing his story, the entrepreneur stated that he made some poor decisions in the past as which plunged him into a life of addiction. But his life changed when a restaurant manager believed in him well enough to offer him a job.

On how he landed the job, he said: “Just before I was going to give up, on that 10th day, and I’ll never forget it, I went to a Greek restaurant in downtown Detroit."