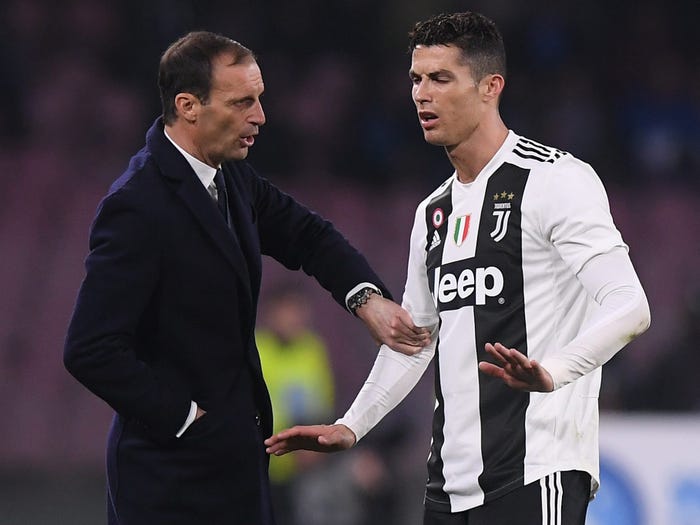 Massimiliano Allegri, the Juventus manager has confirmed that Cristiano Ronaldo will leave the Turin club.

“Cristiano Ronaldo told me yesterday that he wants to LEAVE Juventus immediately. It’s true and confirmed. This is why he wasn’t training today and he’s not available for tomorrow match vs Empoli”

“Cristiano Ronaldo is a champion, he’s been a big help. He is to be thanked for what he has done, also as an example amongst the youngsters.”

“I am not disappointed with the departure of Ronaldo. Cristiano made his choice. There have been great champions here like Del Piero, Zinedine Zidane, Gianluigi Buffon but we move on.” Allegri said