Anyanwu said she offered her abductors N500, 000 but they felt slighted, causing them to call her a fool. 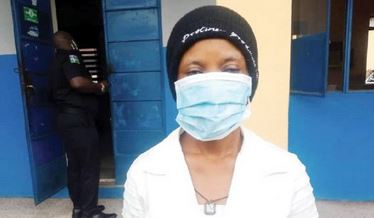 A Nigerian widow, Emmanuella Anyanwu who was kidnapped by bandits in Edo has narrated her unpleasant ordeal at the hands of her captors.

Anyanwu, said she was on her way from Lagos to Imo to bury her husband when she was abducted by the men who demanded a ransom of N10 million from her for her release.

Anyanwu said she offered her abductors N500, 000 but they felt slighted, causing them to call her a fool.

''On Friday, we were coming from Lagos to the eastern part of the country and our vehicle broke down around Okada on the outskirts of Benin.

We passed the night in the vehicle. Around 6.30am to 7am Saturday, some men came out from the bush, shooting at us; we surrendered. We were two ladies and three men.

They took our belongings, including our phones and marched us into the bush. It took almost two hours to get to their camp. They blindfolded us and questioned us one after the other.

They told me that they were kidnappers and they abducted me because of ransom. They said if I didn’t have money, they would take my life. I asked them how much they wanted, but one of them was furious I was asking them questions. I told them I needed to know what they wanted as ransom. They asked if I had N10m and I told them there was no way I could get that kind of money. I told them I would give them N500,000 from the money gathered from my village. One of them said I was a fool and they told me to sit down.

“Then it started raining heavily and they went away and brought another man. They took something from that man and their attention was on it. So, I removed my blindfold and crept away.

“I believe they are Fulani because on that Saturday afternoon, they released their cows and came to where we were being held.

“I saw a mast far away and I started trekking towards it. After one hour or more, I got to a road and saw an elderly man on a motorcycle. I asked him to take me to a police station, which he did.”