The two states separately contested the order of status quo ante belum granted on September 10 in favour of FIRS to continue the collection of VAT. 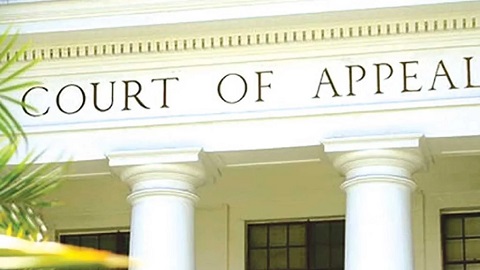 The Court of Appeal has refused to stop the Federal Inland Revenue Services (FIRS) from collecting Value Added Tax (VAT).
This comes after it declined the request of Rivers and Lagos States for the appointment of Receiver or Manager for the purpose of collecting and keeping Value Added Taxes (VAT) in place of the Federal Inland Revenue Services (FIRS) pending the resolution of all legal disputes in the matter, according to a report by DailyPost.
The two states separately canvassed that the order of status quo ante belum granted on September 10 in favour of FIRS to continue the collection be put on hold given the appeal already lodged at the Supreme Court against the order.
Counsel to Rivers State, Ifedayo Adedipe, SAN in his oral application pleaded with the appellate body to exercise its power under Order 4 Rule 6 of the Court of Appeal to appoint a Receiver or Manager to take custody of the VAT in the interest of justice to parties in the matter.
Attorney General of Lagos, Mr Moyosore Onigbanjo SAN who stood for his state toed the path of Rivers in canvassing that the court be fair and just in the pending appeal.
Onigbanjo specifically asked the Appeal Court to restrain FIRS from further collecting the tax and replace it with a Receiver or Manager that will act for parties that are locked in the legal battle.
The Lagos Attorney General predicated his expressed fear of unjust treatment on the fact that FIRS apart from collecting the tax has been sharing it among the 36 states and the Federal Capital Territory FCT despite the pendency of the legal tussle.
However, the Presiding Justice, Hamma Simon Tsanami asked the two states to make their request formal by puting it in writing.
Meanwhile, the Court has reserved ruling in an application by Lagos State to make it a respondent in the appeal filed by FIRS against a judgement granted in favour of Rivers State by a federal high court in Port Harcourt.
Onigbanjo who moved the application argued that Lagos has vested interest in the Value Added Taxes collection and that the decision of the Court would affect it when delivered.
The Attorney General informed the 3-man panel of Justices that FIRS in its appeal against the federal high judgment made some allegations against it and that it would be in the interest of justice for it to be allowed to join in the appeal to ventilate its defence.
“From the contents of the appellants’ affidavit, Lagos has been made a necessary party in the appeal by some references to it and for it to be bound by the final decision, it is in the interest that it should be allowed to make a defence to allegations against it”
FIRS as the appellant through its counsel, Mahmoud Magaji SAN vehemently opposed the Lagos request to join the suit, adding that the state has not shown how its interest would be jeopardized if not allowed in the matter.
Processes filed by the Attorney General of the Federation AGF Abubakar Malami SAN through his counsel, Tijani Gazali SAN were struck out on the ground of being incompetent having been filed out of time.
After taking arguments from parties, Justice Tsanami reserved ruling, adding that parties would be communicated when the ruling is ready.
Top Stories