Reacting to the video, the leader of the Free the Sheeple Movement opined that the prayers offered will not work. 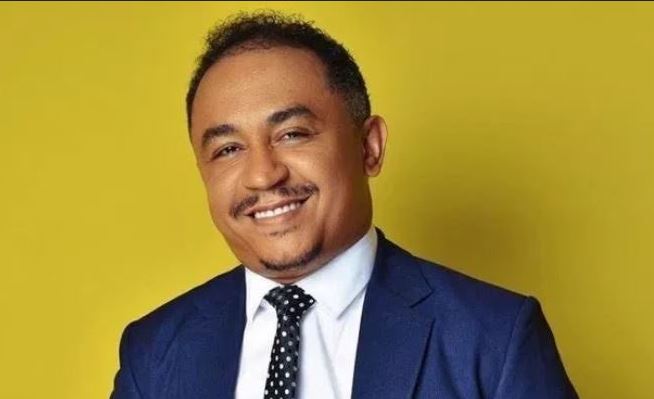 Controversial OAP DaddyFreeze has reacted to a video that showed women praying for their husbands against cheating.

In the church programme, the husbands were made to kneel as their wives offered prayers to God against strange women.

Reacting to the video, Freeze opined that the prayers offered will not work. He wrote;

''This won’t work in my humble opinion.

I watched an interview of someone who said she was married to a closeted same s€x man, she prayed herself into depression and fasted till she got an ulcer, his orientation didn’t change. It wasn’t until she filed for a divorce that her life began to have meaning.

Joseph didn’t pray, HE RAN! Solomon and David prayed, David even wrote psalms did it stop Bathsheba or Solomon’s numerous women that even led him astray?

Instead of all these unhinged prayers why don’t you follow @destinyamaka and let her help you spice up your marriages with some nice ideas for the bedroom.

Instead of all these comedy skits, these women should slap on some make up, wear nicer clothes and lingerie like the side chicks are wearing.