The divorcée threw a colourful themed party with her family and friends and celebrated the end of a lengthy divorce process that spanned around three years. 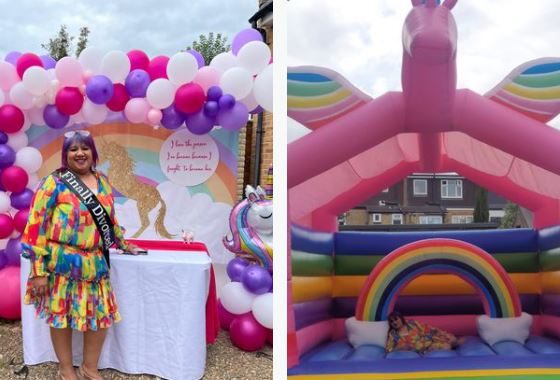 A 45-year-old woman has thrown a party to celebrate her divorce as she celebrates being “finally” free after she ended her 17-year-old marriage.

The divorcée, Sonia Gupta, 45, threw a colourful themed party with her family and friends, and celebrated the end of a lengthy divorce process that spanned around three years.

She wore a colourful dress with a “finally divorced” sash, and asked her guests to come in their loudest and most vibrant outfits.

The accounts manager wanted the celebration to embrace her personality, which she describes as colourful and loud, and the party was playfully dubbed ‘It’s a Sonia thing’.

Sonia describes how she felt her marriage dulled her bubbly personality, and that she knew from early on that they were not a good match.

She said: “I chose the theme to be colourful, bright and full of unicorns, as I’m a very bright colourful person.

“To me, the theme was magic, because after the last 10 years, I think I deserve that little bit of magic.”

Gupta had been married in 2003 as part of an arranged marriage in India, but that she quickly realised that she did not feel happy despite trying to make things work for a few years.

Speaking about the relationship, Sonia said: “We got married in India, then moved over to the UK. I got lost in the whole marriage and cultural aspects of it, and I ended up being really unhappy for years.

“I just wanted the old me back, I was quite a lively and outgoing person before my marriage, and when I got married it just all went to pop.

“When I told my family that I wanted out, there was uproar and no support for me or my mental health, but I had my friends, and my two pillars of strength, my sons Mikhal and Shay there to support my journey.

“I’ve also had help after my divorce from the Asian single parent network.”

The divorce party was a fun affair, with a bouncy castle for everyone to enjoy, pink and purple decorations, a rainbow and unicorn theme and a custom cake by Tees Little Cake boutique. 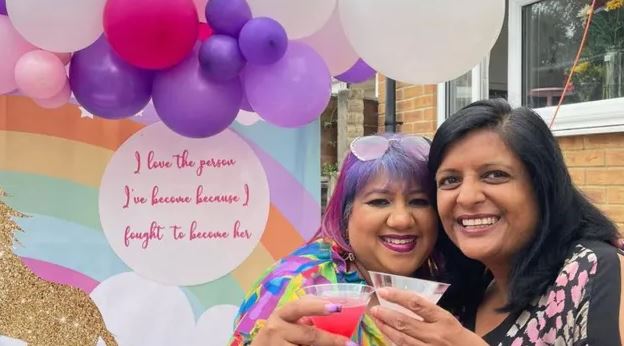 “The divorce party was to show my friends and family, especially my parents who eventually supported my decision, that I’ve come out the other side.

“I wanted to thank them all for their endless support over the past 10 years.”

The divorce process began in 2018, but was dragged out over three taxing years.

After many laborious discussions, five appearances in court, three trials and many disagreements, the process was finalised and her marry was officially over.

The end of her marriage signifies a new beginning, and she has gained a new lease of life.

“People seem to think there’s no life after divorce, that your life is over,” she said.