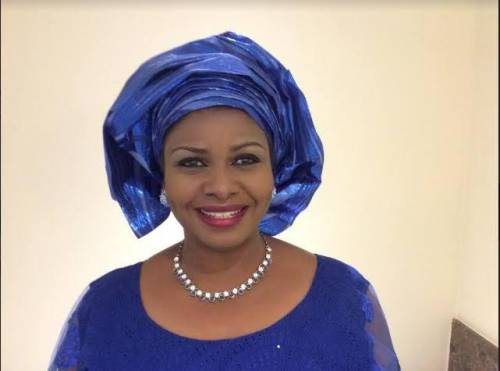 SaharaReporters has obtained the report of a seven-man committee that indicted former Nigerian High Commissioner to Namibia, Lilian Onoh over her alleged financial misappropriation while serving in the Southern African country.

Onoh was accused of illegal diversion of funds meant for the day-to-day operation of the mission and was asked to refund the sum of $45,539.11 (about N19 million), $70,448 (about N30 million), and N614,000. This was part of the recommendation of the seven-man committee headed by the Permanent Secretary, Ministry of Foreign Affairs, Amb. Gabriel Aduda.

The committee also had a member of the House of Representatives Committee on Foreign Affairs as a member.

The committee which was set up by the Minister of Foreign Affairs, Geoffrey Onyeama following allegations of corruption by former High Commissioner Onoh against some officials of the Nigerian Mission in Namibia, travelled to Windhoek, Namibia on April 12, 2021, where they were received by the Charge d' Affaires, Mr. Ali Gombe.

Following the discovery of the infractions, Onoh was asked to refund the sum of $42,500 as an education supplement in respect of her adopted daughters and refund $2, 614 as Excess on AIE (Excess payment).

made several attempts to twist and conceal the report of the committee to stop the process to carry out disciplinary actions against her.

SaharaReporters learnt she engaged the services of intermediaries, asking the Minister to interfere with the work of the committee so that she could get a soft landing and a clean bill. It was learnt that when the Minister refused to intervene, she became desperate and resorted to blackmail.

It was learnt that as part of her desperation to change the narrative and stop the administrative process, Onoh came up with a defamatory petition against the Minister and copied  President Muhammadu Buhari.

When she learnt that the Minister was completely exonerated by the presidency and that in fact that there was a recommendation against her for unfairly bringing the Ministry and Civil Service into disrepute, she then resorted to media blackmail by leaking her petition to the press.

SaharaReporters also gathered that Onoh had been rejected by some countries she was posted to for being confrontational, combative, and disrespectful to the authorities.

Sources allege that Onoh was at a point fired but her dismissal was reversed owing to her influence as a daughter of a former Governor of Old Anambra State, Chief C.C. Onoh.

And because of the power she wielded while in office, it was learnt that people working with her lacked the courage to challenge her financial malfeasance.

Due to her recent indictment, Onoh has not been offered another appointment as a diplomat despite staying 40 years in active service in the Ministry.

Efforts made by SaharaReporters to get Onoh to react to the report were not successful as calls to her mobile lines did not connect. She also did not reply to a text message sent to her.