During the ceremony to honour him, the family members all wore black and looked solemn. 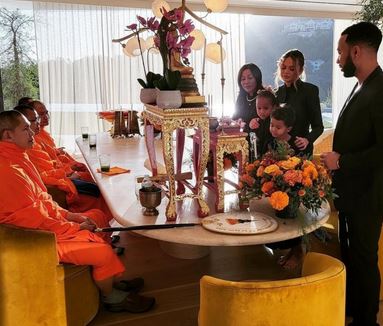 American model and presenter, Chrissy Teigen and her family held a ceremony to honour their son who died a year ago.

The son, who she named Jack, was born prematurely after she was induced due to complications.  He died immediately.

During the ceremony to honour him, Chrissy Teigen, husband John Legend, their kids - Luna and Miles - and Chrissy's mother all wore black and looked solemn.

Chrissy expressed hope that the little ceremony will give her closure in her heart. 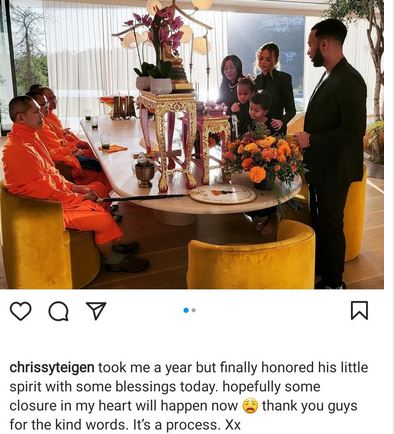 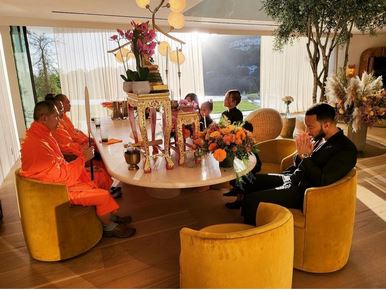