The teacher was said to have defiled the student when he accommodated her in his house at Mathare Estate in Nairobi within Nairobi county. 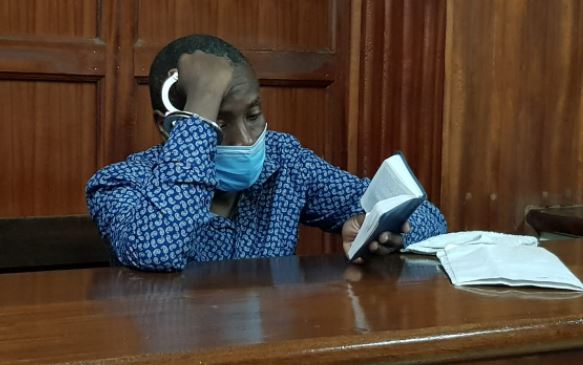 A Nairobi court has sentenced a 45-Year-old primary school teacher to 20-years imprisonment for repeatedly having unlawful carnal knowledge of a 13-year-old student in 2016 in Nairobi, Kenya.

The teacher Fredrick Mwangi Wango was said to have defiled the said student who was in standard 6 at Moi primary school, when he accommodated her in his house at Mathare Estate in Nairobi within Nairobi county in March 2016.

According to the police report, the father of the complainant who was too drunk left her under the care of Mwangi who is a married man with two children for half a year.

“She was taken to two different schools but would always go back to Mwangi’s house making us suspicious."

When first interrogated by gender and children desk officers to establish whether there was any relationship between her and Mwangi, she denied it. However after police officers escorted the girl to the hospital for check-up, she was later subjected to vigorous counselling before she opened up.

She said Mwangi had been sexually violating her since she started living with him in his house, threatening her not to disclose it to anyone.

“The accused is a teacher but he defiled a child, the right of his children are not superior to that of the child he defiled, I hereby sentenced him to 20 years in prison as provided by law."