The price of diesel, which is not regulated by the government, has surged by over 40 per cent so far this year from an average price of N225 per litre in January. 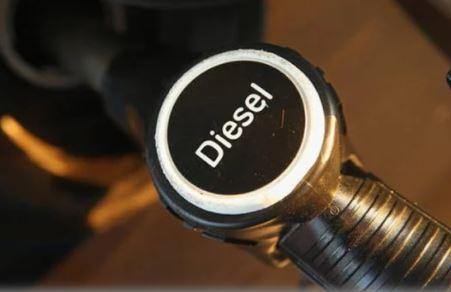 Nigerians are in for serious trouble as the price of diesel has jumped to N320 a litre in Nigeria.
This comes after fuel marketers increased the price of Automotive Gas Oil, also known as diesel, to N320 per litre as the further rise in global oil prices and naira depreciation pushed up the cost of importing fuel into the country, according to a report by Punch.
The price of diesel, which is not regulated by the government, has surged by over 40 per cent so far this year from an average price of N225 per litre in January.
The PUNCH had reported on July 9 that the product was sold for between N275 and N290 per litre at some filling stations in Lagos.
Business owners have expressed fear that the spike in diesel price might force more businesses to sack employees amid rising energy costs.
Diesel is mostly used by businesses, especially manufacturers, to power their generators amid a lack of reliable power supply from the national grid. Many vehicles transporting goods and people across the country also use diesel.
Punch correspondent observed on Wednesday that the price of diesel ranged from N303 to N320 per litre at several filling stations in Lagos.
Total, Mobil, Oando and Capital Oil and Gas filling stations, all along the Lagos-Ibadan Expressway, sold the product for N320, N315, N305 and N304.50 per litre respectively.
Crude oil price accounts for a large chunk of the final cost of petroleum products, and the further increase in oil prices means that the landing cost of imported fuel will rise.
Oil prices have extended their rally in recent days. The international oil benchmark, Brent crude, rose on to as high as $83.47 per barrel on Wednesday, its highest since October 2018, but fell to $80.95 per barrel as of 5:30pm Nigerian time.
The Managing Director of 11Plc (formerly Mobil Oil Nigeria Plc), Mr Adetunji Oyebanji, told our correspondent that marketers importing diesel into the country could not get access to dollars at the official rate of N413/$1.
“We are not able to get the dollars we need from the banking system for fuel imports; so, it is because diesel pricing is free that is why we are still importing it. But because the pricing of petrol is pegged, we cannot import it,” said the immediate past chairman of Major Oil Marketers Association of Nigeria.
The President, Association of Small Business Owners of Nigeria, Mr Femi Egbesola, said the latest surge in diesel price would increase the average cost of manufacturing in the country.
He said, “All Nigerians depend on diesel. The reason is that manufacturers produce with diesel-powered generators; so, whatever they spend on diesel is added to the prices of their products. As far as Nigerians are buying those products, they are also paying part of the diesel price.
“It is unfortunate that the price of the product keeps increasing and nothing is being done about it. The high inflation rate in the country means that people have less money to buy things, and when prices are going up and the masses have less money to buy those products, we are going to have a lot of joblessness in the country.”
Egbesola said quite a number of small business owners had closed shop in the country while many were struggling to survive.
“Even if diesel price is deregulated, there should be some level of monitoring by the government to actually see if the marketers are still doing the right thing or they are over-profiting from this venture,” he added.
Nigeria, Africa’s largest oil producer, relies largely on importation for petrol and other refined products as its refineries have remained in a state of disrepair for many years.
Top Stories