The suspect from Niger Republic was arrested by the authorities for supplying fuel to bandits in the forest. 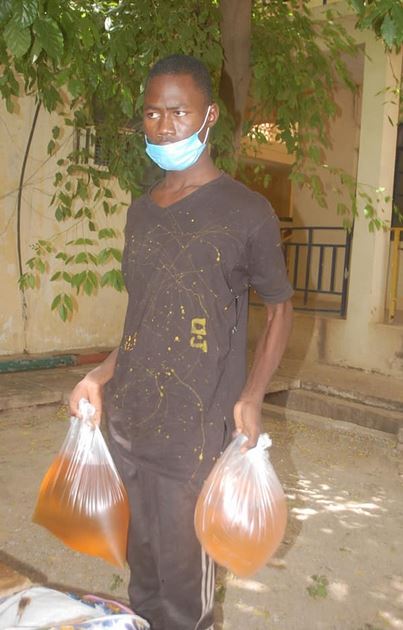 An 18-year-old man who specialises in supplying fuel to bandits has been arrested by the Katsina State Police.

Spokesperson of the command, SP Gambo Isah, who disclosed this in a statement on Wednesday October 6, in Katsina, said the suspect, Almustapha Kabir from Niger Republic, specialises in supplying fuel to bandits in the forest.

"On 5/10/2021 at about 1300hrs, the Command succeeded in arresting Almustapha Kabir, ‘M’, aged 18yrs of Dan’arau village, Niger Republic, who specializes in supplying bandits to the forest," Gambo stated.

"He was accosted by team of Nigerian Army personnel on patrol along Magama – Jibia road with some quantity of petroleum product inside polythene bags. In the course of investigation, suspect confessed to the commission of the offence. Investigation is ongoing."