It was learnt that the unidentified suspect and his gang members had sneaked into the community’s transformer house to steal cables when the incident happened. 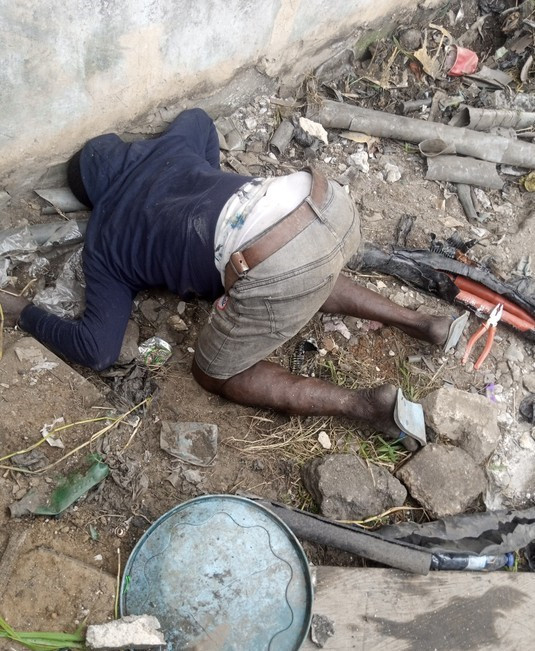 In what will come across as a really startling development, a suspected thief met his death on Tuesday while allegedly vandalising an electric cable on Eric Moore Road, in the Surulere area of Lagos State.

PUNCH Metro learnt that the unidentified suspect and his gang members had sneaked into the community’s transformer house to steal cables when the incident happened.

It was gathered that the gang had earlier stolen the transformer cable about a week ago and plunged the community into darkness.

However, the Eko Electricity Distribution Company replaced the cable.

A resident, who spoke on condition of anonymity, said the hoodlums returned to vandalise the cable thinking that the distribution company had not connected it to the power source.

He said, “The residents of Eric Moore woke up on Tuesday to discover the remains of an electrocuted young man trying to steal a high tension electrical armoured cable. The unscrupulous elements stole the transformer cable about a week ago and the electric distribution company came around on Tuesday to replace it.

“The suspected thieves thought that the cable had not been connected to the power source yet and came back on Tuesday night to vandalise the newly replaced cable before one of them was electrocuted, while the others escaped. The body of the victim was still there as of 4pm yesterday (Wednesday).”

The source told our correspondent that the family of the deceased, who came to the scene, left for fear of being harassed by an angry mob.

A spokesperson for the Eko Electricity Distribution Company, Godwin Idemudia, confirmed the incident.

He said, “This is what we have been telling the public to help us; say something when you see something. Vandals are wreaking havoc on our network. It has increased in the last two months plus.”

The state Police Public Relations Officer, Adekunle Ajisebutu, said the corpse had been removed by officers of the Lagos State Environmental Health Monitoring Unit and deposited in a morgue.

“The CP, Hakeem Odumosu, has ordered that investigation should be carried out, while he warns criminals against vandalising public facilities,” he added.