Mr Chikwere was subsequently rushed to the state’s police headquarters’ clinic for treatment but his condition reportedly worsened. 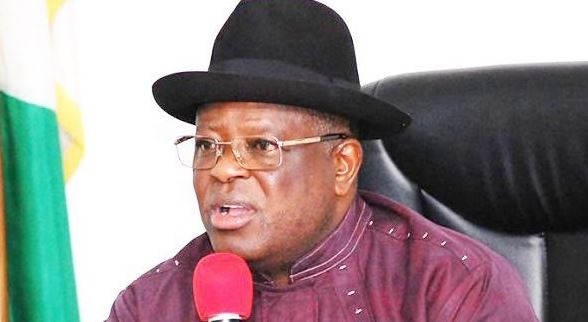 Godfery Chikwere, an ex-media of Governor David Umahi, who was detained by the police following a petition by an Ebonyi State government official, slumped on Monday.

Mr Chikwere was subsequently rushed to the state’s police headquarters’ clinic for treatment but his condition reportedly worsened.

He was then taken to the Alex Ekwueme Federal University Teaching Hospital Abakaliki(AE-FUTHA) for further treatment.

The former radio presenter was arrested few days ago by the police following a petition against him by the state government for making a publication on Facebook which the government considered as offensive.

Commissioner for information and orientation Uchenna Orji had written the petition dated October 8.

Chikwere’s wife Onyinyechi confirmed his ill-health to reporters in Abakaliki, the state capital.

She said, “My husband started falling sick yesterday night when he was in the police station. So, he became worst and the police clinic couldn’t handle it. He is here in AE-FUTHA since this morning.

“They couldn’t diagnose anything at the police clinic but he was in serious crisis. So, no we are in AE-FUTHA, from the explanations on what is wrong with him, I think it is acute appendicitis but I don’t know yet.”

According to a source quoted by Premium Times, Chikwere was to be arraigned on Monday by the police before the court to face charges against him.

Chikwere was one of several aides sacked in December 2020 by Umahi following the governor’s defection to the All Progressives Congress from the Peoples Democratic Party (PDP).