Tinubu hosted Daniel, an APC chieftain, at his Bourdillon residence in Ikoyi. 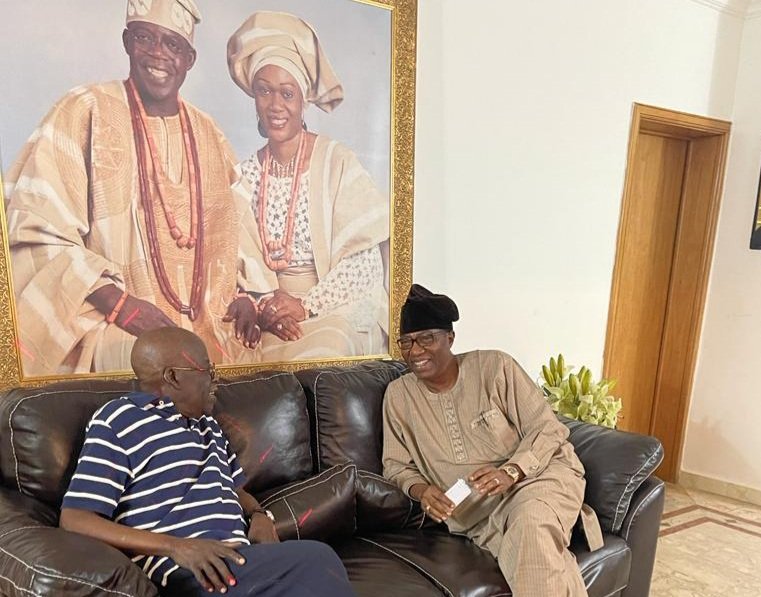 Bola Tinubu and Gbenga Daniel
A former Governor of Ogun state, Gbenga Daniel has paid a visit to the All Progressives Congress (APC) national leader, Bola Tinubu.
The duo met yesterday.
Tinubu hosted Daniel, an APC chieftain, at his Bourdillon residence in Ikoyi.
Though details were not made public, it was gathered that Daniel’s visit was mainly to welcome the erstwhile Lagos Governor.
Daniel, who joined the APC this year, was Director-General of PDP’s Atiku Abubakar Presidential Campaign in 2019.
He supported APC’s Dapo Abiodun to win the governorship election against PDP candidate, late Buruji Kashamu.
Tinubu returned to Nigeria last Friday after a three-month hiatus in the United Kingdom.
The APC national leader was in London for surgery on his right knee and stayed back for post-surgery physiotherapy.
Governor Babajide Sanwo-Olu said Tinubu is healthy and possesses more energy ahead of his “next political move”.
Top Stories