The convicts were sentenced on Wednesday, October 20, 2021, to six years imprisonment each for the two counts charge and will run concurrently. 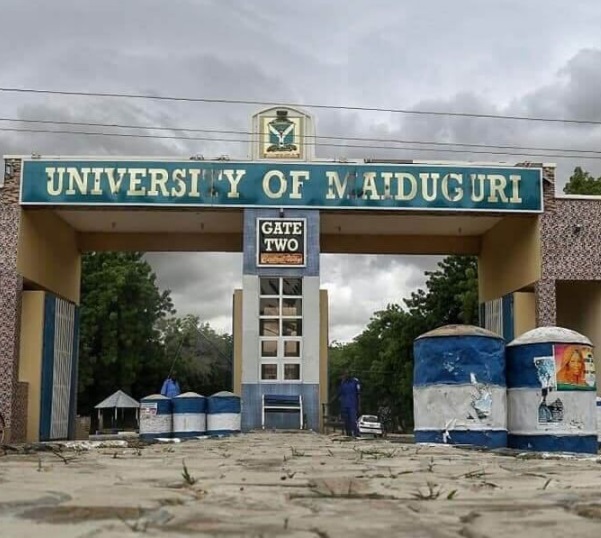 UNIMAID
At least 17 people have been sent to prison, including students of the University of Maiduguri.
The convicts were sent to prison by Justice Umar Fadawu of Borno State High Court, Maiduguri, to serve six years jail term each for cultism and conspiracy in the state.
The convicts, mostly students of the University of Maiduguri (UNIMAID) and Ramat Polytechnic, were arrested by the police on September 21, 2019, at Bagani Hotel for being members of an unlawful society, the Black Axe.
They were sentenced on Wednesday, October 20, 2021, to six years imprisonment each for the two counts charge and will run concurrently.
They include Arnold Augustine, Onu Chidubem, David Emmanuel, Awuto Abayomi, Mustapha Abdulkadir, Lavi Ephraim and Onuegbu Godspower Chibuzor. Others are Mohammed Adamu, Calvin Ijafiya, Chris Kallu, Totsi Yohanna, Samuel Talba, Donald Omguze and Joseph Olaiya.
In his judgment on Wednesday, Justice Fadawu said: "There is evidence before this court that each of the suspects has committed the offences of conspiracy and initiation of others into the Black cult group."
He said convicts were charged under Section 97 sub section B of the Penal Code, explaining that they were charged for initiating other members into the unlawful society.
Counsel to the convicts, Ahmed Hamman said they have exhibited remorse and regrets and urged the court to temper justice with mercy, as they have learnt their lessons from their respective experiences.
Responding to the judgment, Borno State Attorney General and Commissioner of Justice, Kaka Shehu Lawan, expressed delight with the court’s verdict.
Top Stories