Meta said in a public statement that it would be shutting down its facial recognition system due to concerns and criticisms about the technology employed. 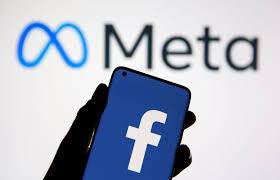 Meta, the social media giant, that was formerly known as Facebook, has made an announcement to delete the “faceprints” of more than a billion people using the app.

Meta said in a public statement that it would be shutting down its facial recognition system due to concerns and criticisms about the technology employed.

“We’re shutting down the Face Recognition system on Facebook. People who’ve opted in will no longer be automatically recognised in photos and videos, and we will delete more than a billion people’s individual facial recognition templates,” Meta said in a blog post.

Facebook had introduced facial recognition in 2010, enabling photographs uploaded by users to be automatically tagged with names. The feature was initially user enabled when it started, but in 2019, Facebook made the tagging system opt-in.

The social media company owned by Mark Zuckerberg has faced political, legal, and regulatory scrutiny over its use of the software and privacy concerns and the use of its data.

In 2012, a Facebook application to introduce facial recognition in the European Union was withdrawn because there was no provision to gain user consent. In March, Facebook paid $650 million as a settlement in a U.S. class-action lawsuit.

The lawsuit was initiated by users who accused the company of creating and storing scans of their faces without permission. Several accusations were also filed with the United States competition regulator over possible breaches of the Biometric Information Privacy Act.

Last month, the company changed its parent company’s name from Facebook to Meta, pushing forward the concept of a metaverse, where users can represent themselves virtually via avatars.