The singer replied the rapper, stating that they would do a collaboration after he sent the money.

Nigerian rapper, MI took to Twitter to ask singer, Davido for a collaboration after he sent him the sum of IM.

The DMW boss had in a Twitter post, asked for some money in order to clear his rolls Royce from the port.

As of today, Davido has so far received N155M from his friends, fans and colleagues.

MI Abaga, who also gifted the ”FEM” crooner N1m, quoted the singer’s tweet and shared a receipt of the money he sent.

The rapper wrote: “You people that got a hit song from David know say it’s worth way more! I want my own hit song with Davido.”

“Can I send mine to get a hit song as well!? Album de load.” 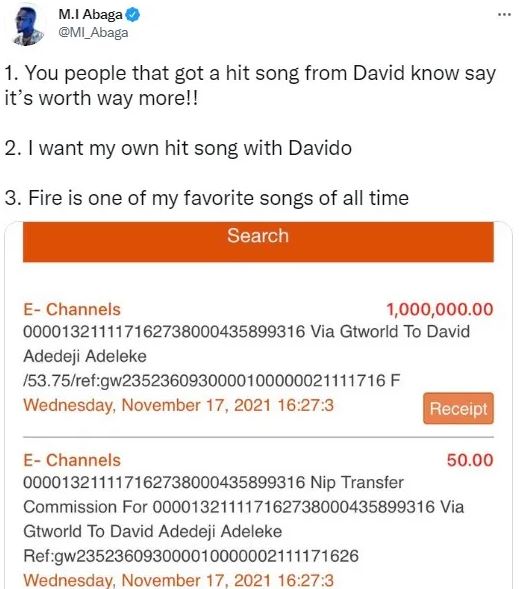 Responding to MI’s tweet, Davido said he got him 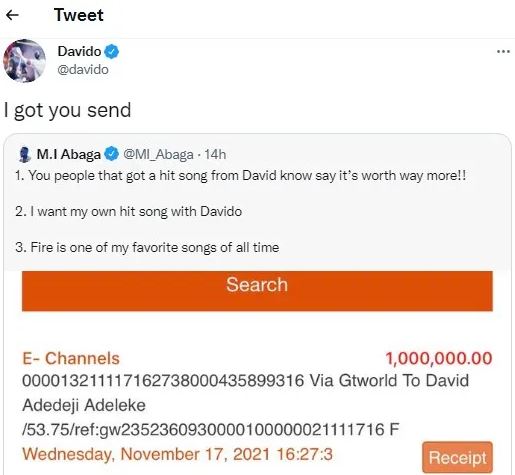