Amusan, popularly known as Mr. Latin, described the Nigerian Copy Right law (2004) as weak and not strict enough to fight the piracy of movies in the country. 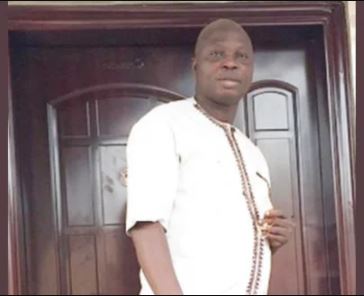 Bolaji Amusan, the President of the Theatre Art and Motion Pictures Practitioners Association of Nigeria, has revealed that prominent entertainers in Nigeria including musicians, actors, filmmakers, producers and directors will match to the National Assembly over piracy.

Amusan, popularly known as Mr. Latin, described the Nigerian Copy Right law (2004) as weak and not strict enough to fight the piracy of movies in the country.

The actor said this while speaking at a press briefing to herald the Association’s 2021 Conference, billed to hold in Abeokuta with the theme “Film as a Tangible Asset”.

The Conference which holds between December 16th and December 18, 2021 would gather about 5,000 actors and actresses .

Speaking on the challenges facing the members, Mr Latin urged the National Assembly to enact a strong law against piracy in the country for the practitioners to enjoy the fruit of their labour.

The theatre practitioners President said the current copyright law treats piracy as a bailable offence, lamenting that the offence attracts a ridiculous or small amount.

He called on the National Assembly to enact laws that would place severe punishment on the pirates.

His words, “I have said it at different fora that the only way for we the practitioners to enjoy the fruit of our labour is for the National Assembly to enact a very strict and strong law that will protect us.

“The current law against piracy is a very weak law, it’s a bailable offence.

“When a pirate is caught today, you take him to the police station. At the end of the day, they grant him bail at a very ridiculous amount.

“We have so many Guilds and Associations in Nigeria, but we have one Umbrella body and we are trying to come together with the heads of various Guilds.

“Piracy is like cankerworm, it’s like cancer eating deeply into the fabric of the creative industry and if you don’t try to kill it, it will kill the industry.

“We are trying as much as possible to take the bull by the horn by going to the National Assembly.

“A few weeks ago, AVRS called all entertainers together and they moved to a few hotels and told them why it is wrong to air our production without paying.

“This is what we are trying to do now. We will gather ourselves together and we will match to the National Assembly

“All we want is a conducive atmosphere for us to strive. But how can we strive if piracy is ravaging the same industry?

“We want a more severe penalty for anyone that is caught pirating our job.”

The Deputy President of TAMPAN and Chairman of the conference planning Committee, Alhaji Tajudeen Abiodun Olanrewaju in his address said the target of the conference is to encourage quality productions by promoting creativity and originality.

Olanrewaju also said discussions would be made on how practitioners could earn money from their work even in old age.