Zulum in his speech at the presentation of the 2022 budget at the State Assembly, said insurgents will not be encouraged to surrender if they will be tried in court. 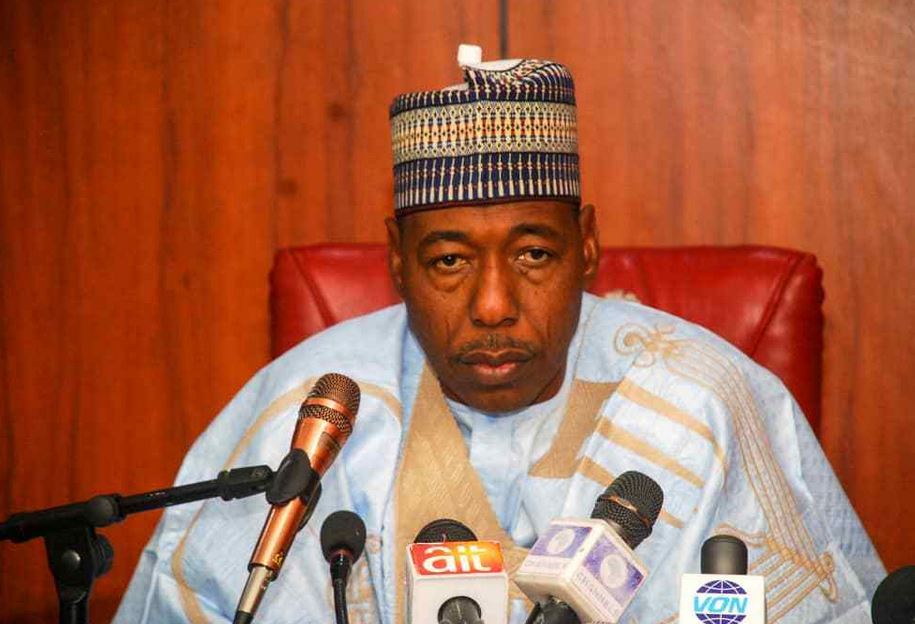 Zulum in his speech at the presentation of the 2022 budget at the State Assembly, said insurgents will not be encouraged to surrender if they will be tried in court.

“Mr. Speaker, Honourable Members, we need Allah’s guidance and the utmost wisdom to work for an end to the crisis facing our dear state.

“Prosecuting all the criminals (insurgents) would have been most appropriate but if we insist on it, we would discourage others out there that are willing to lay down their arms.

“The terrorists’ ranks could swell and our innocent fellow citizens, particularly those in local government areas, could become more vulnerable to attacks and abductions."

The Governor added that none of the insurgents that surrendered to the military has been reintegrated into the society as de-radicalisation measures do not mean that any insurgent “can kill today, surrender tomorrow and walk go scot free.”

Zulum also said those willing to surrender must from now on, stop further attacks on civilians, security agents and facilities.

The Borno state Governor further stated that the mass surrendering of insurgents is a “God-sent” opportunity that can at least reduce the ranks of violent criminals. According to him, the de-radicalisation processes are being led by the security forces and that the government is ensuring disarmament, stringent profiling and other key measures that should evaluate and guarantee the usefulness and integrity of the de-radicalization process.

“We must approach our peace-building efforts with extreme caution by working in line with the 16 resolutions reached on August 29, 2021, when we convened a multi-stakeholder security town-hall meeting, which critically reviewed and adopted guidelines for us to approach the surrender of insurgents."